I was making my travel plans in my hostel in Tel Aviv. I had heard a lot of good things about Masada, so I tried to ask about bus information from the guy who was working there. I told him that I really would like to see Masada at sunrise.

“No, there’s no point in going there just to see Masada. It’s nothing special.”

I was so disappointed when I heard that because I had had high expectations for Masada. Luckily, I didn’t listen to him, and I decided to see Masada anyways. I tried to search for early morning busses so that I could see the sunrise. It turned out that the earliest bus was already too late for the sunrise, and I didn’t want to stay there overnight.

I decided to do another tour with Tourist Israel. The first tour I did was their West Bank tour. This time I booked Masada Sunrise, Ein Gedi and the Dead Sea tour which is a self-guided tour, meaning that a driver will only take you from place to place. Again, I would recommend you to start your tour in Jerusalem, and not in Tel Aviv, because it’s cheaper and the pick-up time is one hour later.

The tour started very early in the morning, as the pick-up time from Jerusalem was 4 am. We drove straight to Masada, and our driver left us there. However, it was just a little past 5 am, and he didn’t tell us that the place is going to open at 5:30 am. It was quite cold outside, and I’m sure that all of us would have wanted to wait inside the car instead.

At 5:30 we started our hike. The path is pretty straightforward. However, we were a little bit unsure in the beginning. There’s a crossroad with two signs: to the left is a Snake Path & cable car, and to the right is a Snake Path. We were not going to take the cable car, so we continued right. The path started to go downhill, which was the most confusing part of this because obviously, we wanted to go up. But don’t get confused, this is the right path! After this, it was just straight climb to Masada. 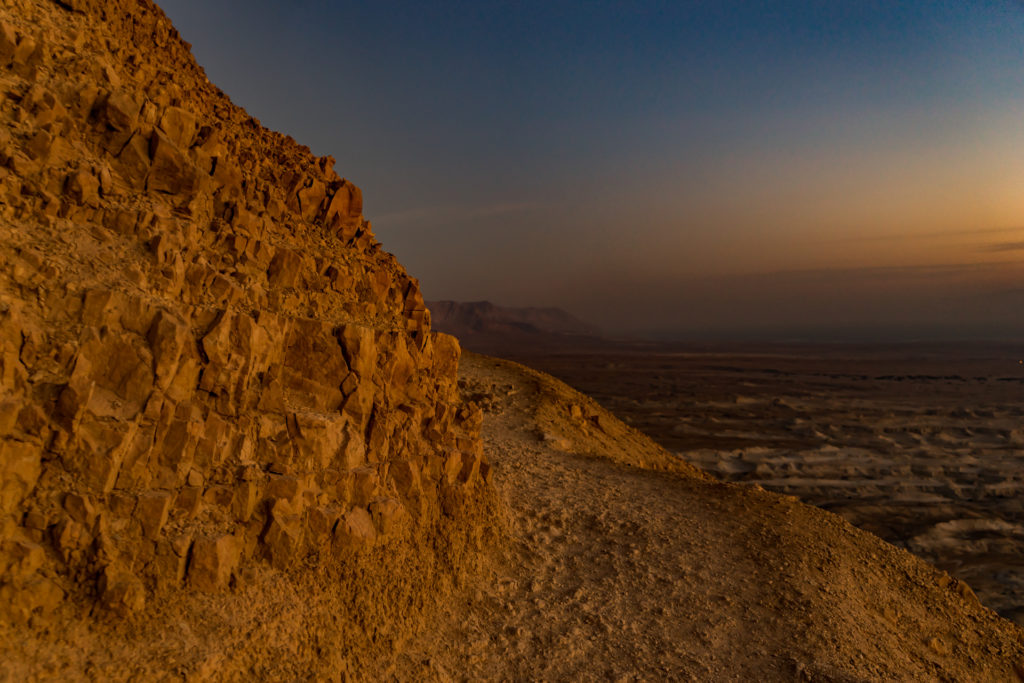 For me, it took 45 minutes to hike up, but I was stopping all the time to take pictures. You could probably do it faster without photo breaks. There are no words to describe how beautiful the sunrise was, so I let the pictures speak for themselves. 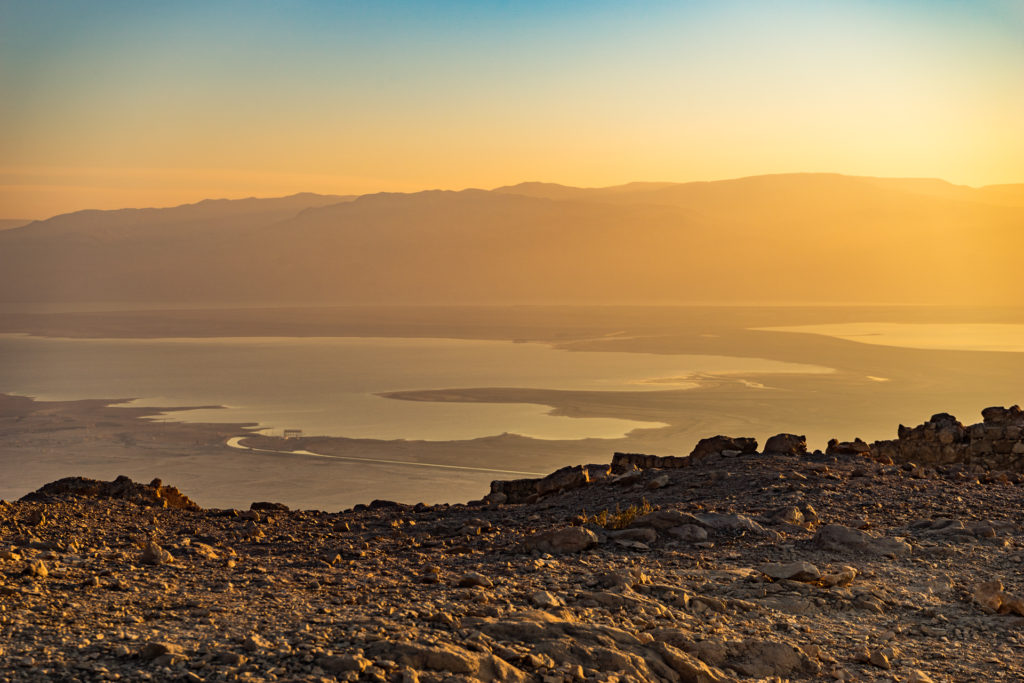 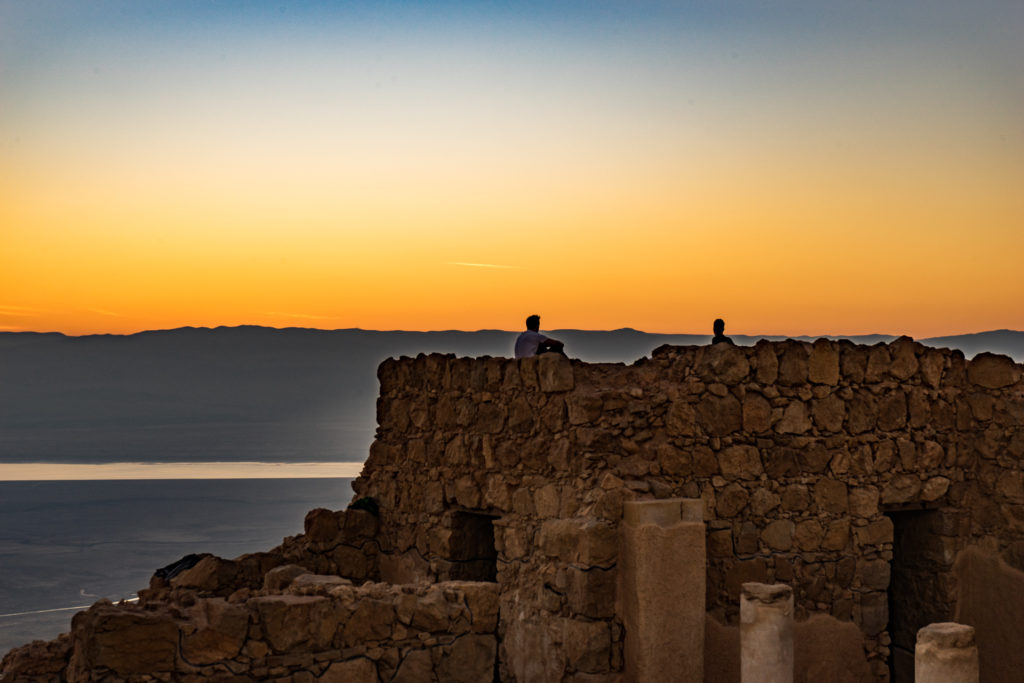 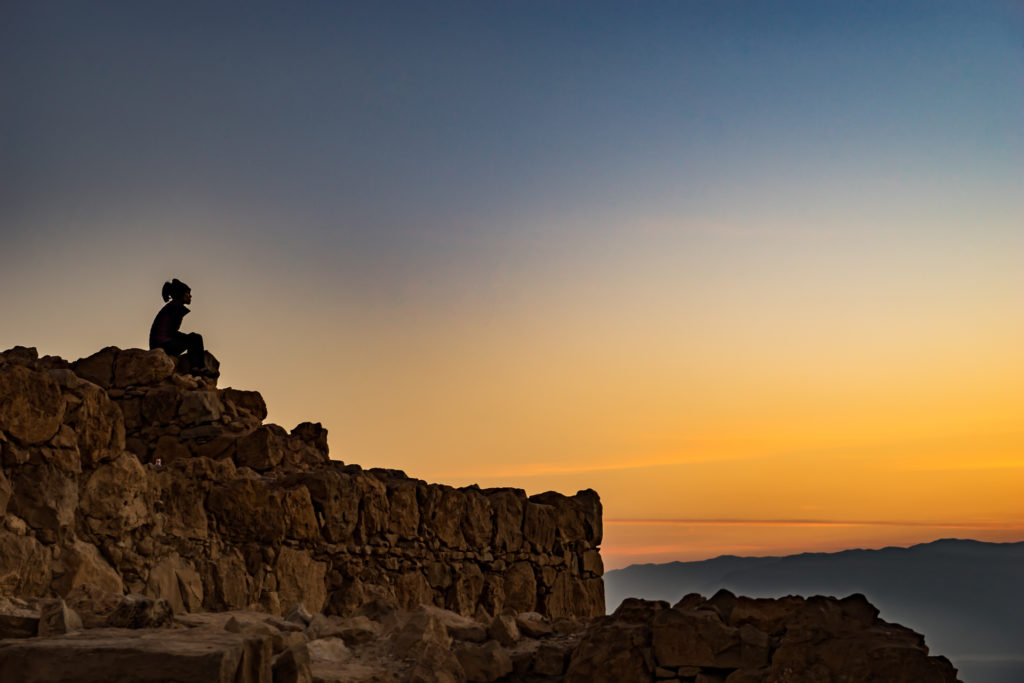 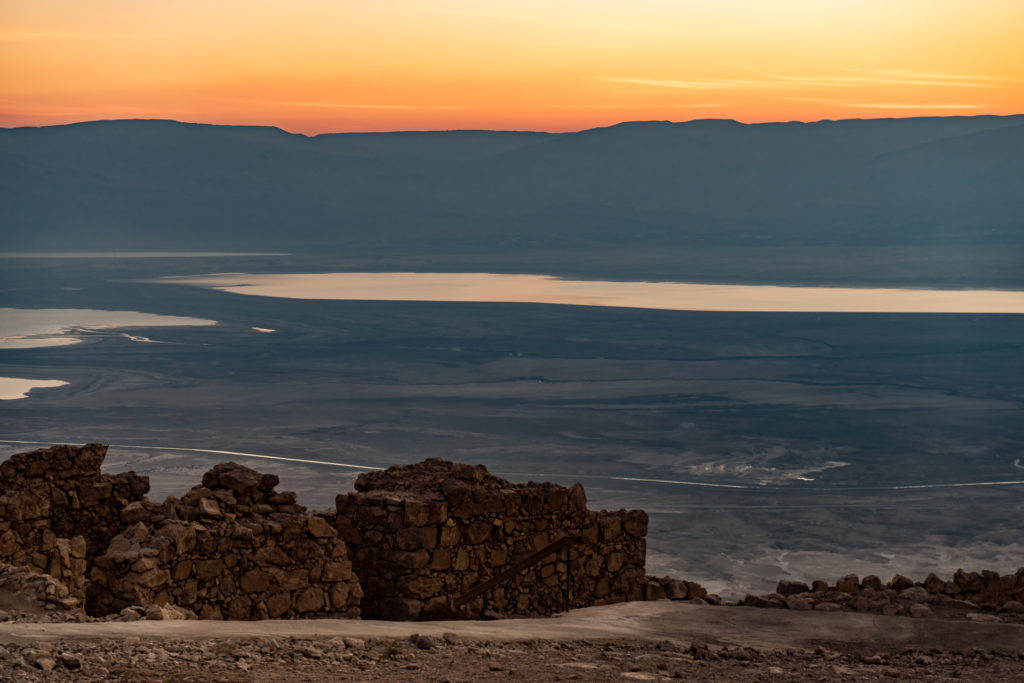 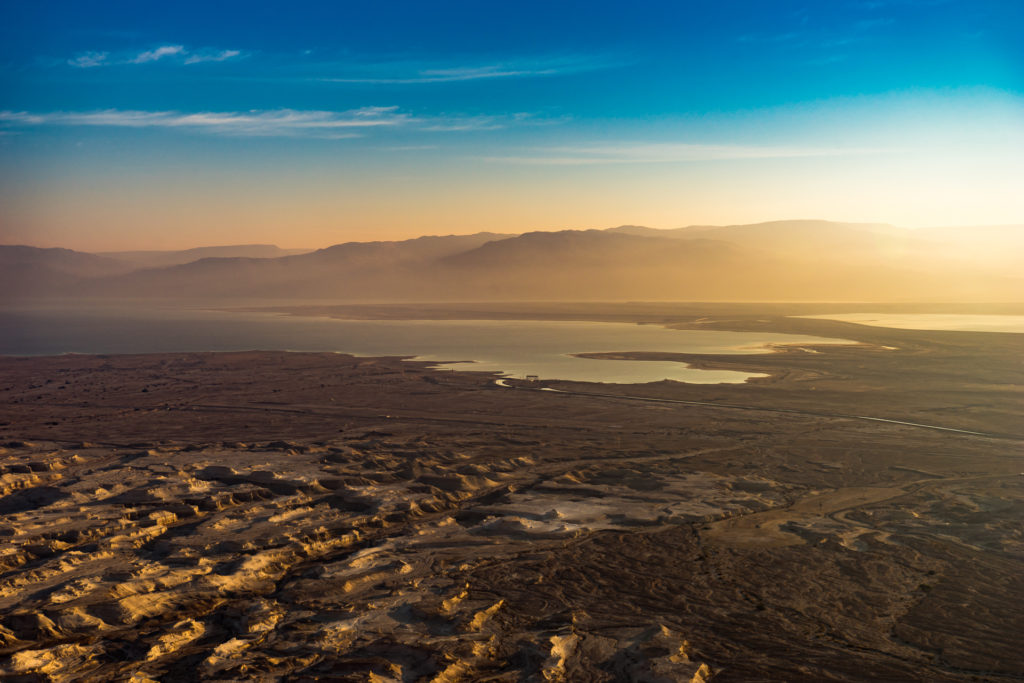 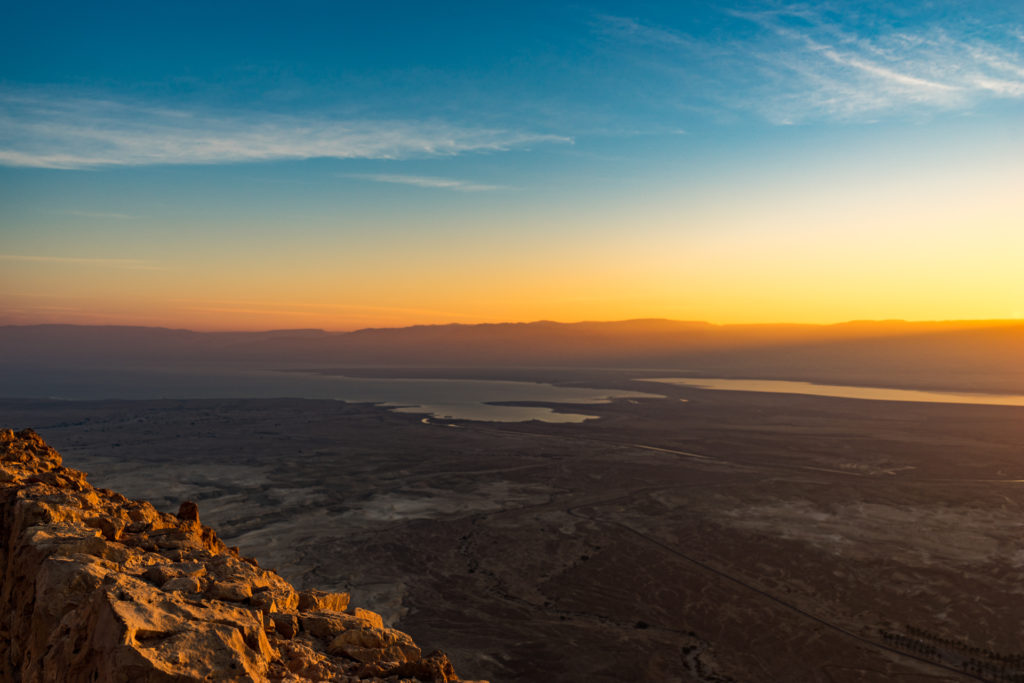 I recommend you to take packed breakfast/lunch with you because you’ll be starving after the hike! Our driver was waiting for us at 8 am, and we then continued to Ein Gedi Nature Reserve. We had one hour to explore the area, and that’s enough to walk to the waterfall and back. I also saw a bunch of the cute animals. I learned that they are called hyraxes. I’ve seen these same animals in Africa, but at the time I didn’t know what they were called. 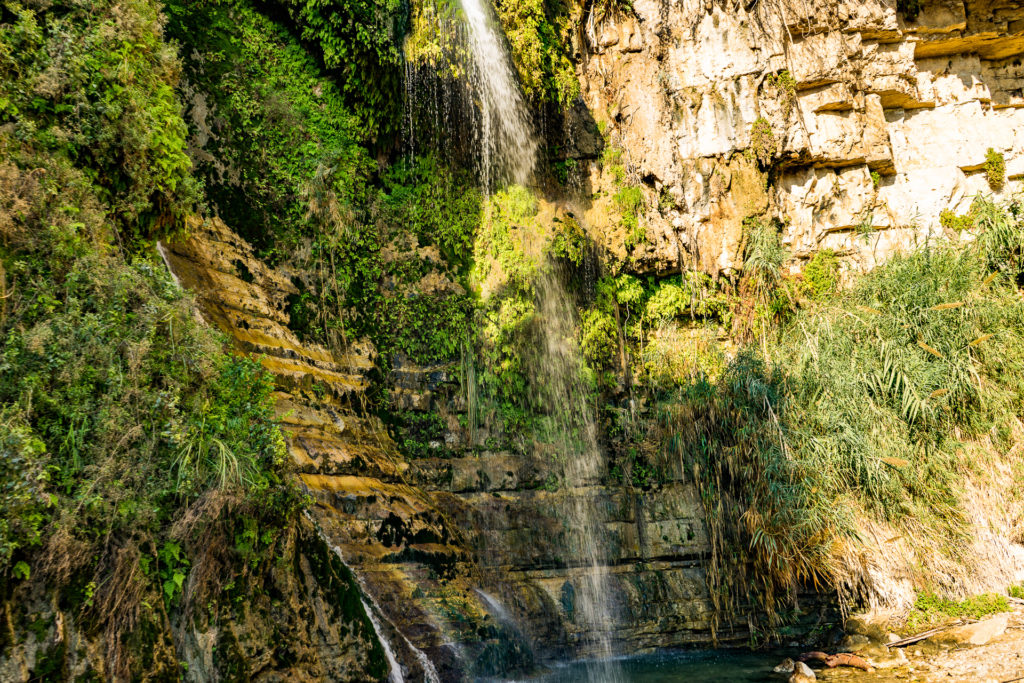 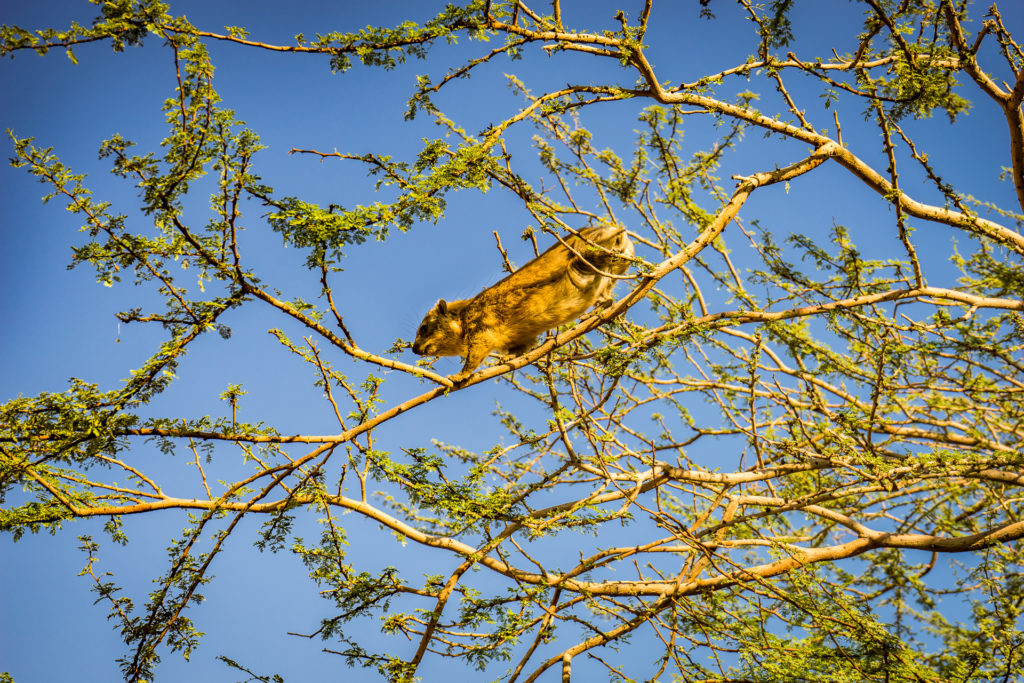 After Ein Gedi we made a quick lunch/shopping stop at AHAVA factory where they have skin care products made of mud and mineral-based compounds from the Dead Sea.

Last but not least was the Dead Sea. I had been swimming there just a day earlier because it was also included in the West Bank tour, so instead of swimming, I took a lot of pictures. 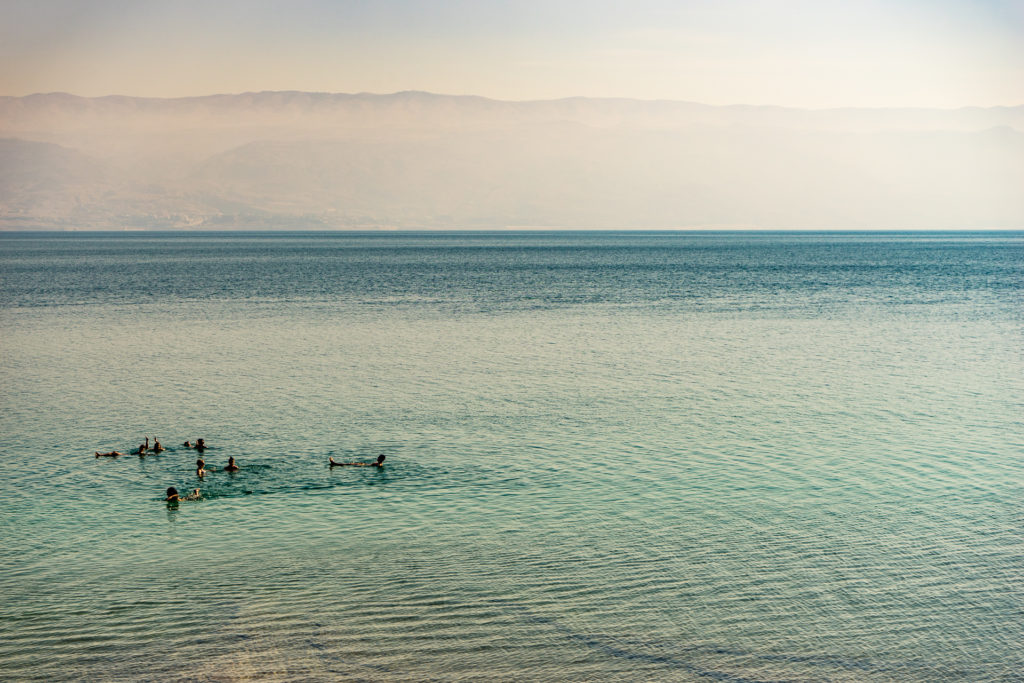 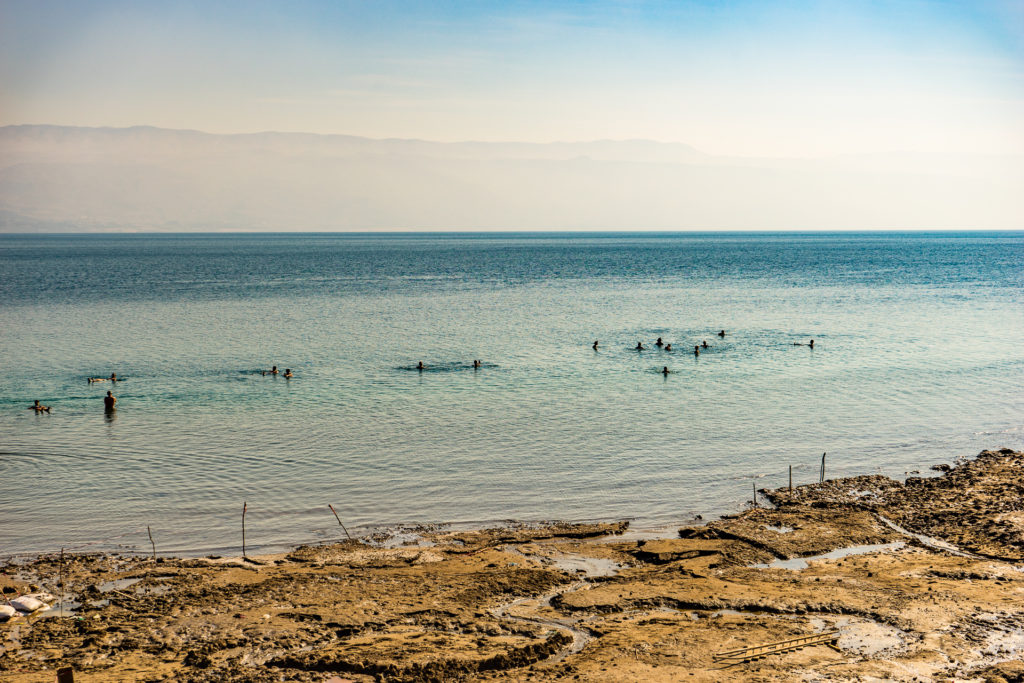 A price for this tour is $59 excluding Masada (29 NIS) and Ein Gedi (29 NIS) entrance fees. It’s a self-guided tour, so basically you just pay for the transportation. However, I think that it’s worth the price because you get to see Masada at sunrise and you don’t have to pay almost $40 for a bed in a dormitory (yes, that’s the price for the only hostel in Masada). And seeing Masada at sunrise should be on everyone’s must-see list!

Masada is a UNESCO World Heritage site, and you can read more about it and its interesting history here. 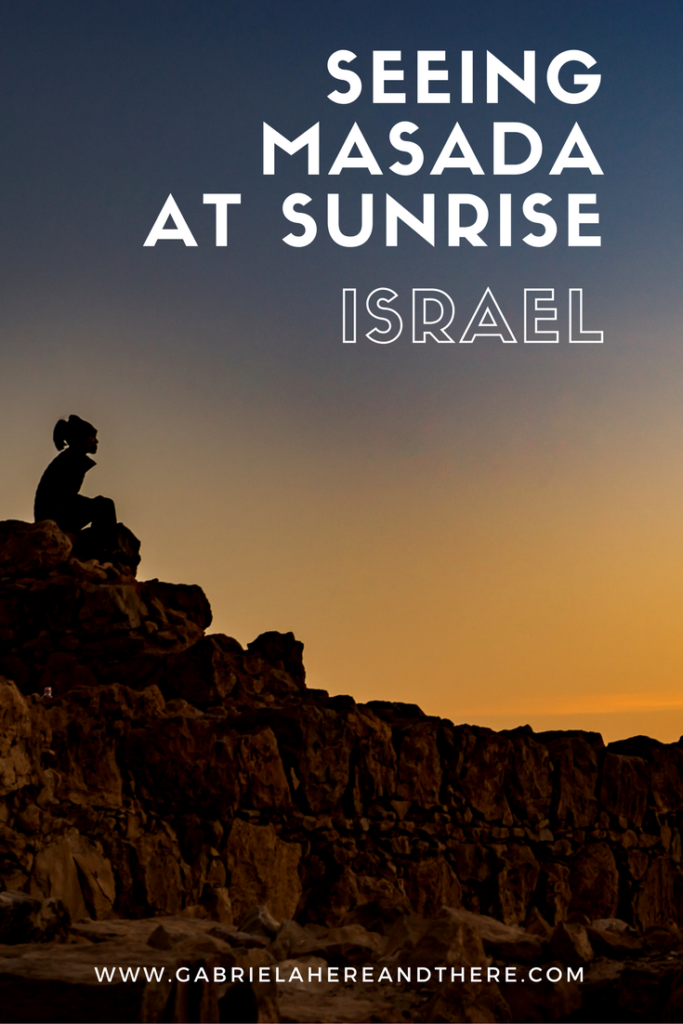 This looks gorgeous! My boyfriend and I are planning a trip to Israel in November and I just saved this because I think it would be an excellent addition to our trip! Thanks for sharing!

It’s good to always take it for a grain of salt when someone says a location or adventure isn’t worth it because it’s so subjective. Those pictures of the hike are amazing and look like it was worth every second!

Yes!! It was so worth it! One of my highlights in Israel!

That is such a neat experience! I’m so not a morning person but I would try to rally for something like this because it looks amazing!

I’m not a morning person either, and the hike up there was just killing me ? But for a view like this, I would do it again!

Bookmarked! Hoping to head to Israel in Spring. It looks absolutely stunning. I can’t believe someone told you it wasn’t worth it.

Have fun in Israel! I loved it there! ?

Your photos are AMAZING! I would wake up at any hour to be able to watch that sunrise and actually capture it in photos…the colors were brilliant! This was absolutely definitely worth it!

Thank you!! Yes, it was definitely worth it ?

Your persistence in finding a tour that went to Masada paid off and I think you made the right decision in going – it looks very nice and those animals are just so cute!

Haha, I know! Those animals are so cute ?

Wow the pictures do speak for themselves – so beautiful! We love hiking, but typically watch the sunsets because I cannot wake up early enough for the sunrise haha. This might be my exception. Thanks for the little tips about the correct paths to take and to not listen to the locals about going!

Yes, it was pretty though hiking up there so early in the morning ? But the view was worth it!

I really miss Israel, my partner is from there and I’ve been back a few times since

It’s a great idea to do a hike on sunrise. It gives so many feelings and colours to everything. It looks like worth every effort you made. Thanks for sharing!

Yes, it was worth the effort ? One of the most beautiful sunrises I’ve ever seen!