Things don’t always go as planned when you are traveling. My journey from Italy to Albania was one of those times when everything that could go wrong did. This is a story of how I spent two nights without a bed, missed my ferry, got sexually harassed by the men working in a harbour, spent my night locked inside a ferry terminal, broke into an office, accidentally started working at an information desk and got wasted on a ferry with five Kosovan guys.

Everything started in Bari. I had come to this city just to take a ferry to Albania. The first thing I wanted to do was to buy a ferry ticket, so I head to a ferry terminal. I arrived there just to find out that it was empty. I managed to find one person working there, and I asked where I can buy a ticket to Albania. The man behind the desk was grumpy and wasn’t too happy that I had interrupted his work. With his broken English, he said to me: “Shuttle bus, shuttle bus,” and pointed outside.

I went outside and waited at the bus stop for 15 minutes. There was no bus coming. I started walking; I thought that the ticket office couldn’t be that far away. It turned out; it was quite far away, and I had to ask for a ride because I couldn’t find the place. The ticket office was middle of nowhere; there was nothing else over there. I bought my ticket for the same night, and the ferry was supposed to leave at 10 pm. The guy who sold me the ticket told me that I have to do a check-in at 8 pm. I asked do I have to be at the ferry terminal and he answered yes. 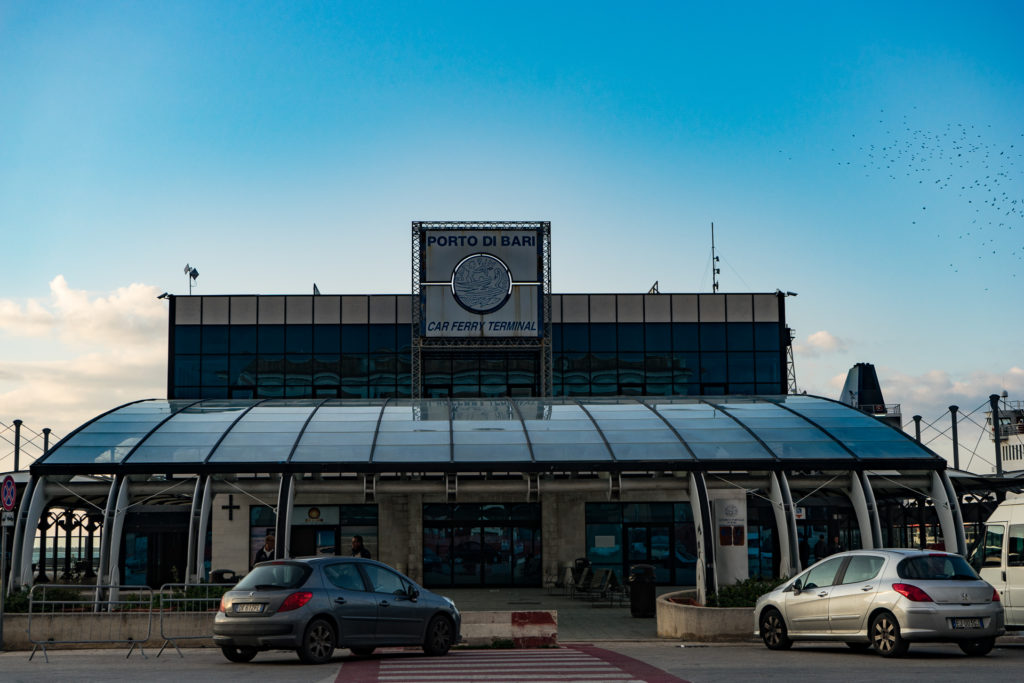 So off I went, and I spent my day walking around the city. Because I had nothing else to do, I was back in the ferry terminal at 7:30 pm. The place was already crowded, and there was a huge line of people waiting. I tried to ask several people if this was the line for the check-in but no one spoke English. I found a man who was working there and asked if I was in the right place. He just answered: “Yes, yes.”

I waited there for an hour and a half before I made it to the “check-in counter” just to hear that no, you can’t do the check-in here. You should have done the check-in in the ticket office. I couldn’t believe what I was hearing. Why the hell did no one tell me this earlier?

I rushed to the ticket office just to find out that it was closed already. Actually, there was someone still working, but they didn’t bother to open the window for me. I went back to the terminal, and the same man told me again that I can’t board the ferry with my ticket, I should have a check-in paper as well. I was angry and said to him that no one told me to do the check-in in another place. I had bought the ticket from a guy who had just told me to come here. He just laughed and said: “Yes, it happens sometimes.” Like it was a common thing that they don’t tell tourists everything they need to know. I was so pissed off. I had no place to stay; there were no hostels near, and it was already past 10 pm.

I made a decision to spend my night in a ferry terminal. It was cold, windy and rainy outside so I didn’t feel like it would have been the best decision to set up my tent there. I asked the same man again if I could spend my night in a terminal. He then took me to a small hallway and told me that I could sleep there. There were only a couple of cold metal benches and large glass windows facing the sea. I tried to make myself comfortable.

How I got harassed. Again. Read my previous experience here.

After a while, he came back and asked me something in Italian. He demonstrated this with his hands, and I thought he was trying to ask me if I wanted to eat something. I kindly refused, and he left.

The night was cold

The night was cold, and the hallway was possibly the coldest place in the whole terminal because there were large glass windows on the wall. I was literally locked inside this hallway because there were only automatic sliding doors and they were not in use during the night. I had no escape. 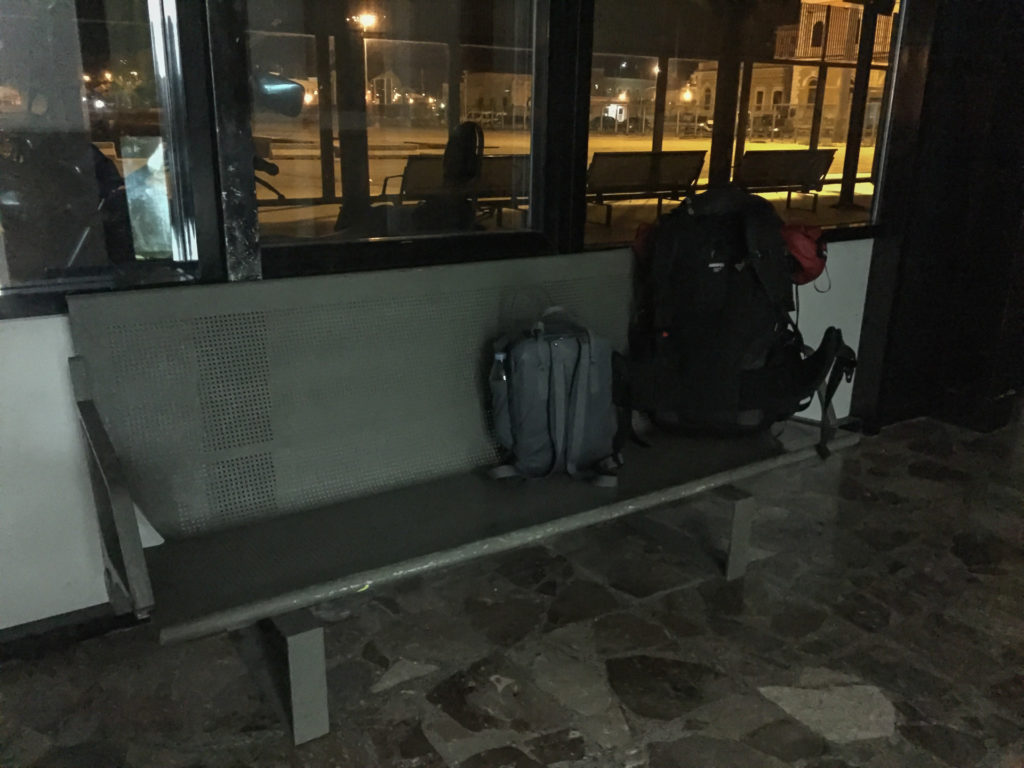 This is where I spent my night

On the other wall, there were doors to offices. I tried them all, but they were all locked. When the night became colder, and I became more desperate, I decided to do something I would never have done otherwise: break into an office. An idea of a warm office and a comfy office chair was just too tempting.

I found one door which lock seemed to be a little weaker than the other ones. I had no idea what I was doing so I just used all of my strength, and for my surprise, the door opened.

Want to know what happens after that? Read the second part here!