Cape Town is the hub of South Africa’s vegan scene, and the city has a growing number of vegan restaurants. In this post, I’ll introduce some of the best vegan restaurants in Cape Town, as well as vegan-friendly restaurants, markets, tours, and vegan products in supermarkets. 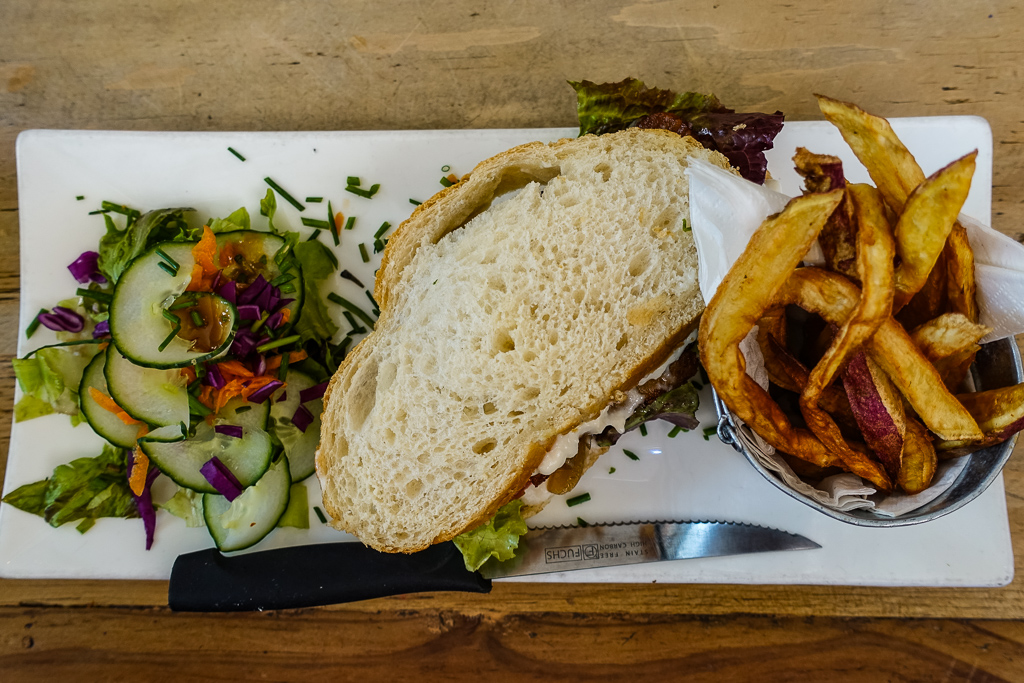 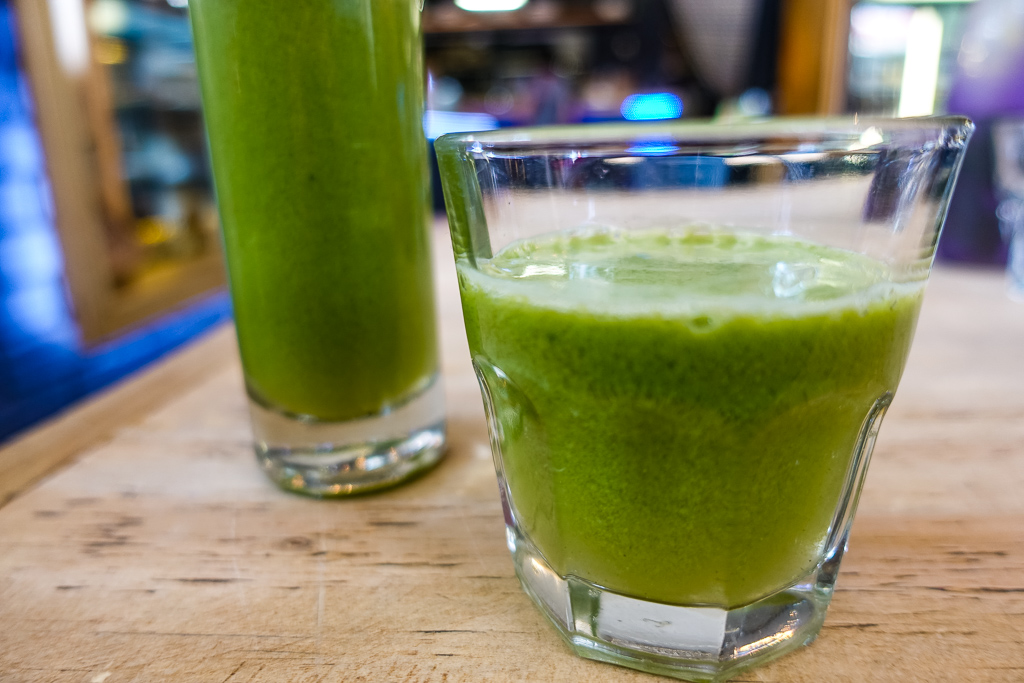 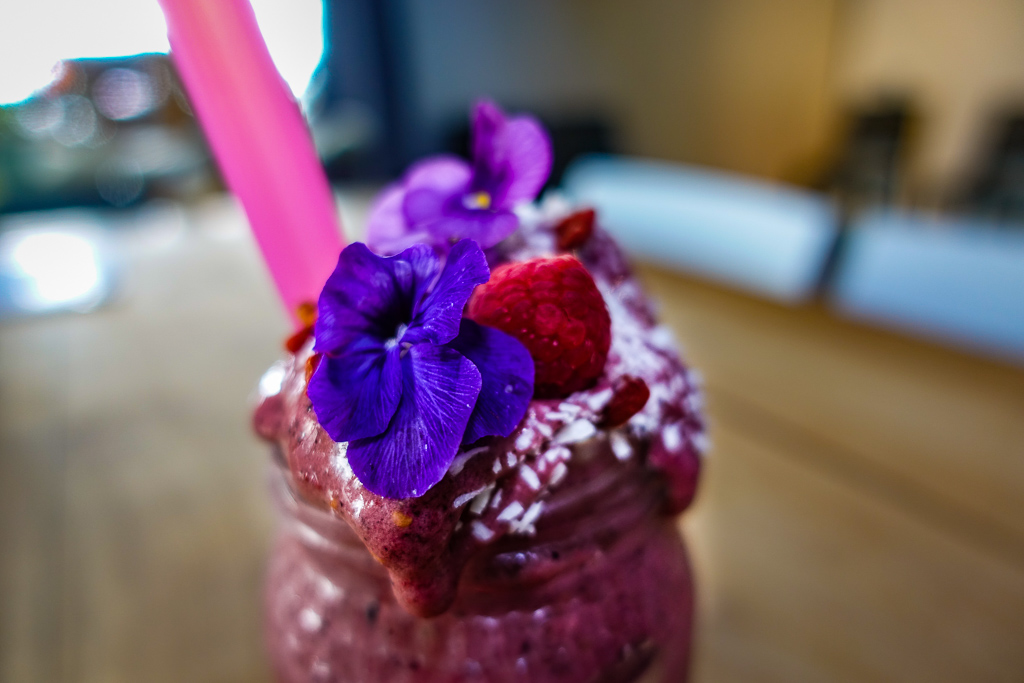 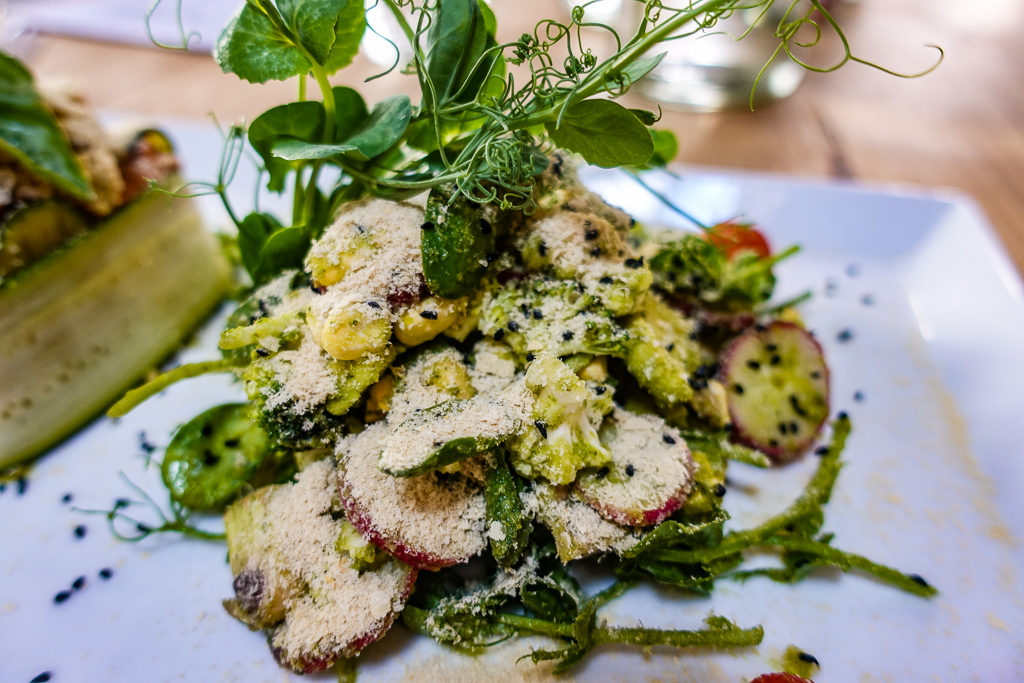 I wasn’t a big fan of raw food before I came here. I had tried some raw vegan restaurants before, but as much as I loved raw cakes, I was never that into cold main courses. Raw & Roxy definitely changed this because everything I tried was delicious! Especially their smoothies are to die for! Sometimes they also organize raw vegan cooking classes so check out their Facebook page for updates. 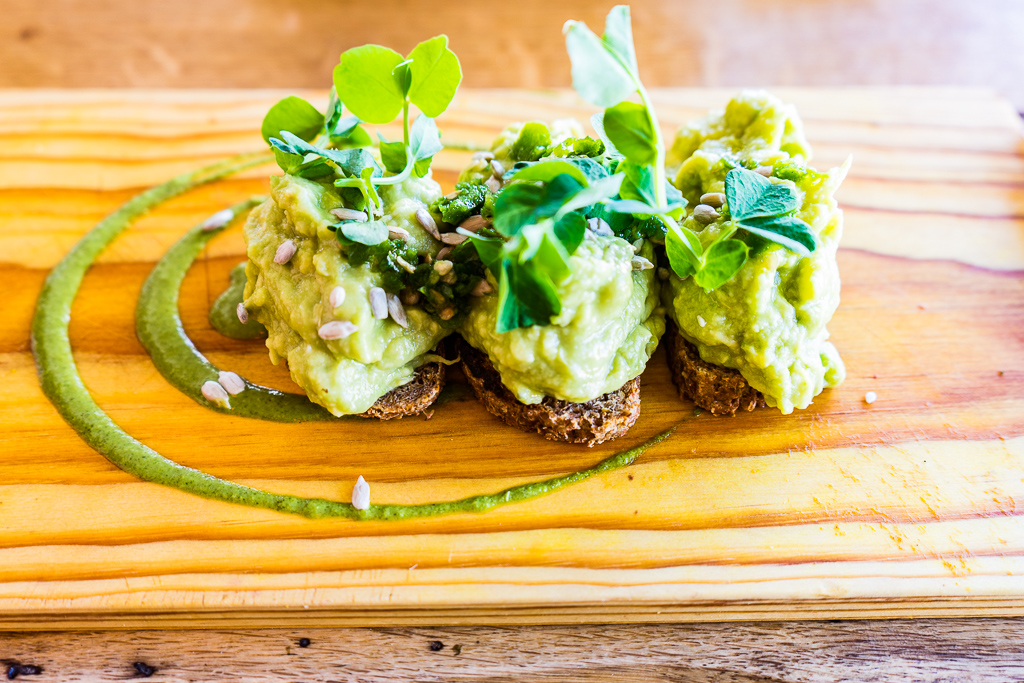 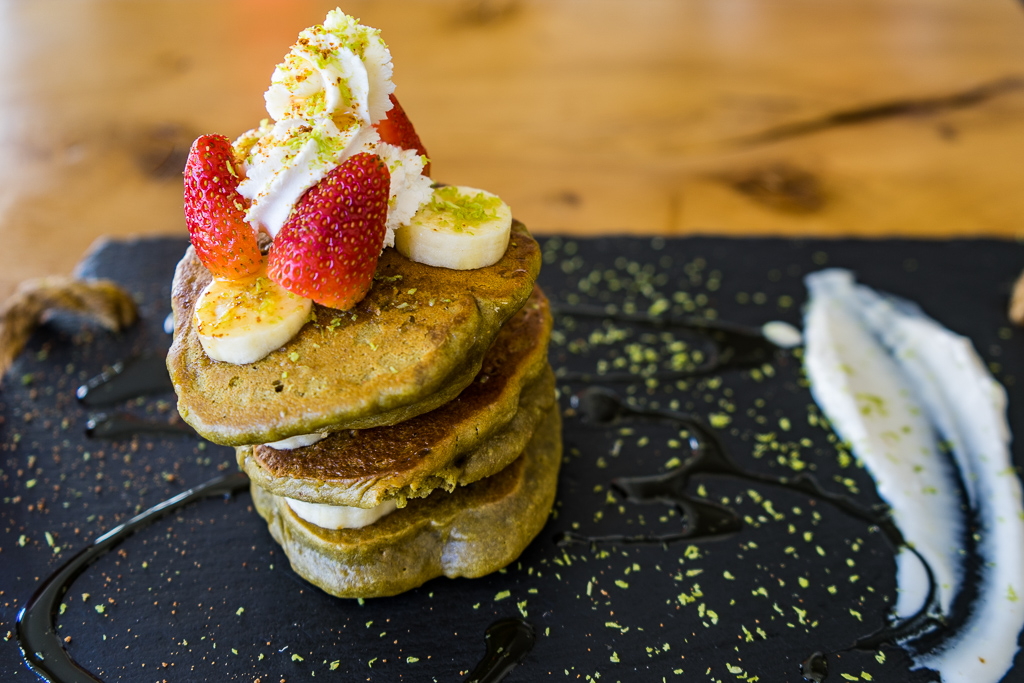 A brand new vegan restaurant in Sea Point. The name is a bit misleading, though, because this is not a fully raw restaurant but everything is still vegan. Their menu is very creative with interesting options available. Try their delicious pancakes! 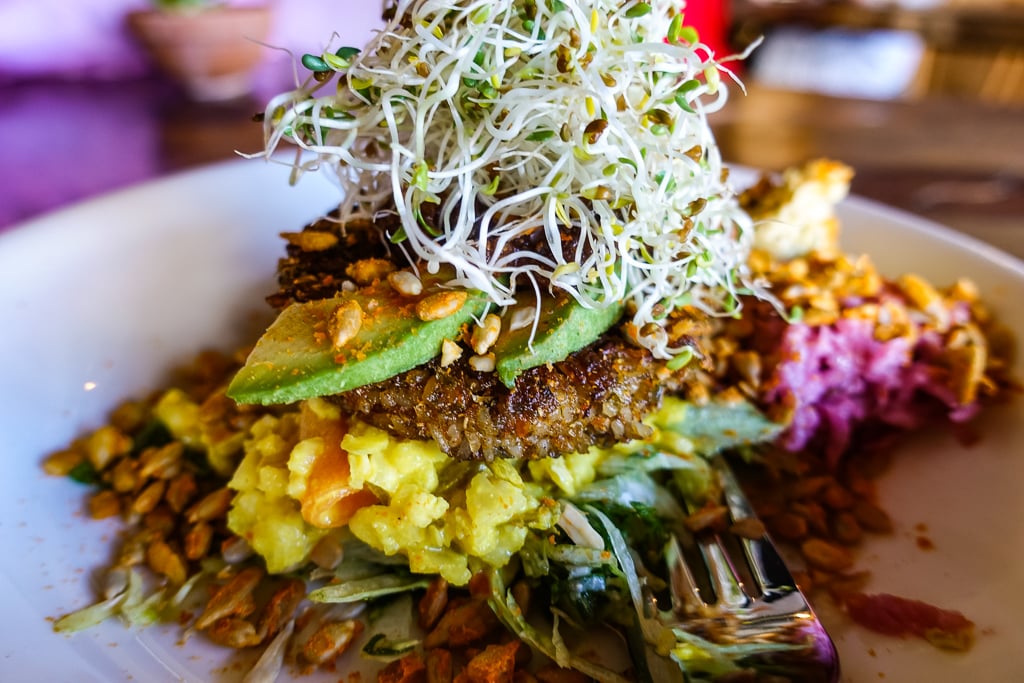 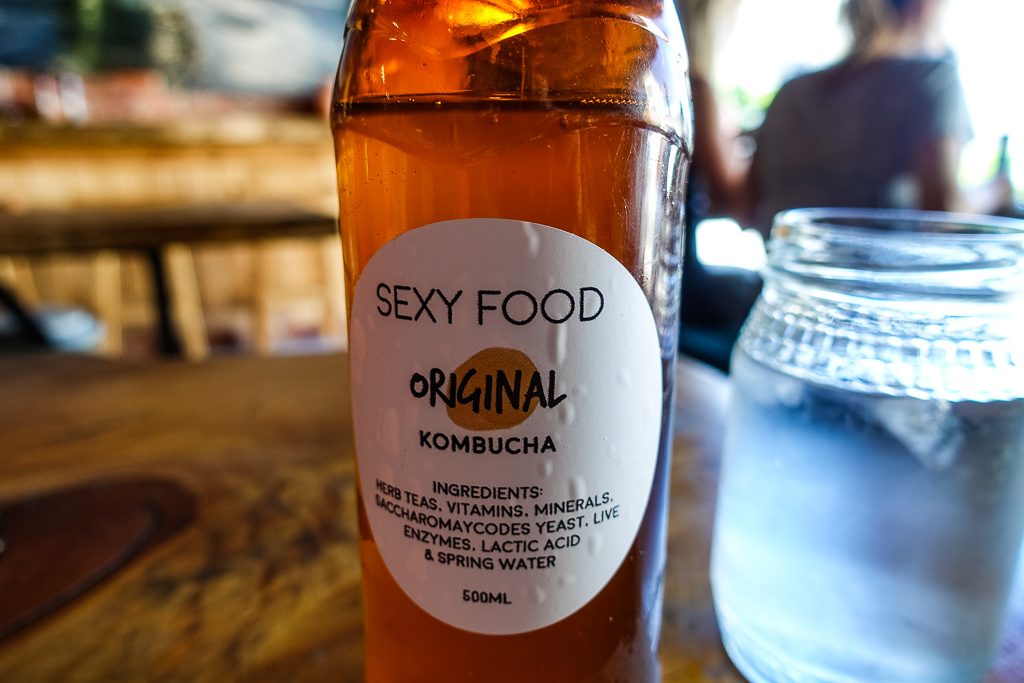 This is a cool place with lots of healthy options and lots of fermented foods like kimchi and sauerkraut. Not all food is vegan, but they have great vegan options. Also, try their homemade Kombucha! 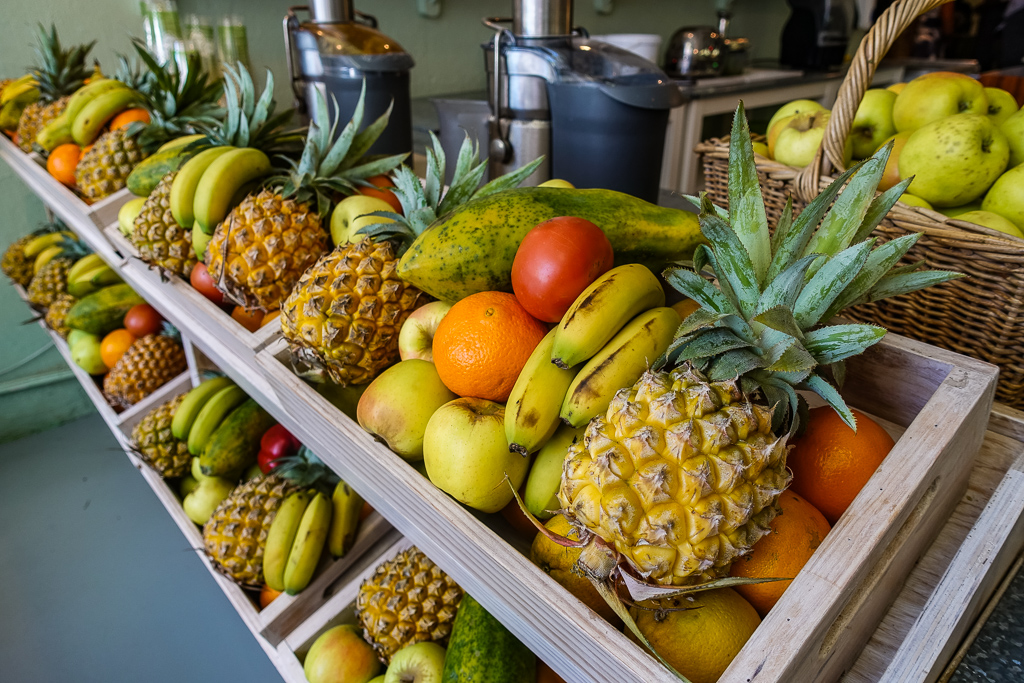 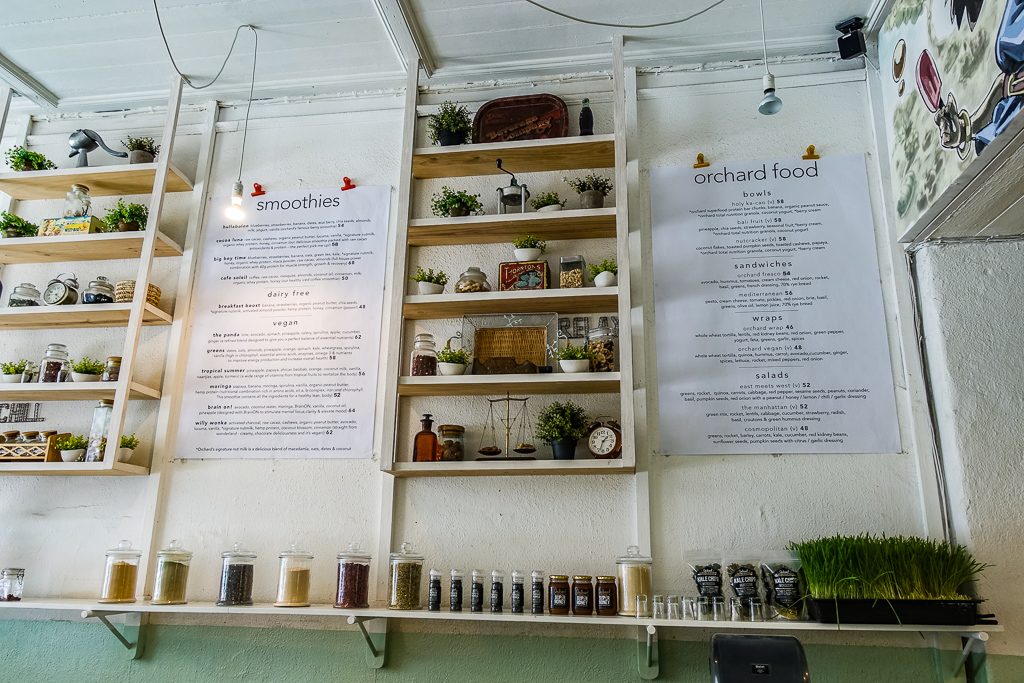 A small juice bar/take-out place with smoothies, wraps, salads and juices. Vegan options are clearly marked on the menu. 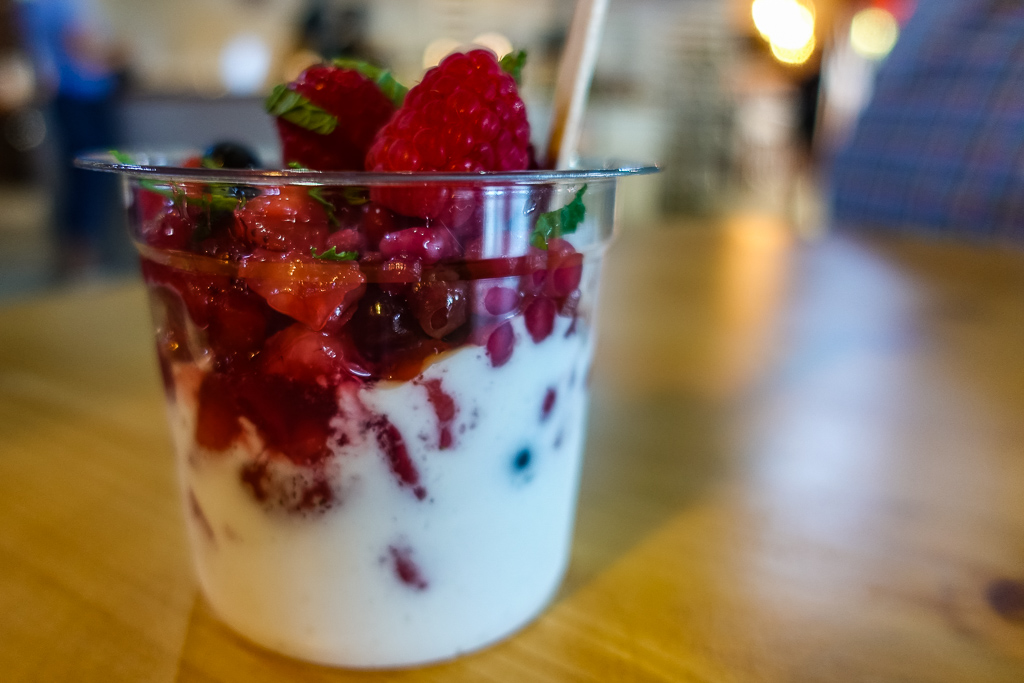 Yokos is a South African company producing Greek-style yogurt (non-vegan) as well as vegan coconut yogurt. You can find their yogurts in Wellness Warehouse stores and some supermarkets, but a great place to try it is their yogurt bar at the Waterfront! 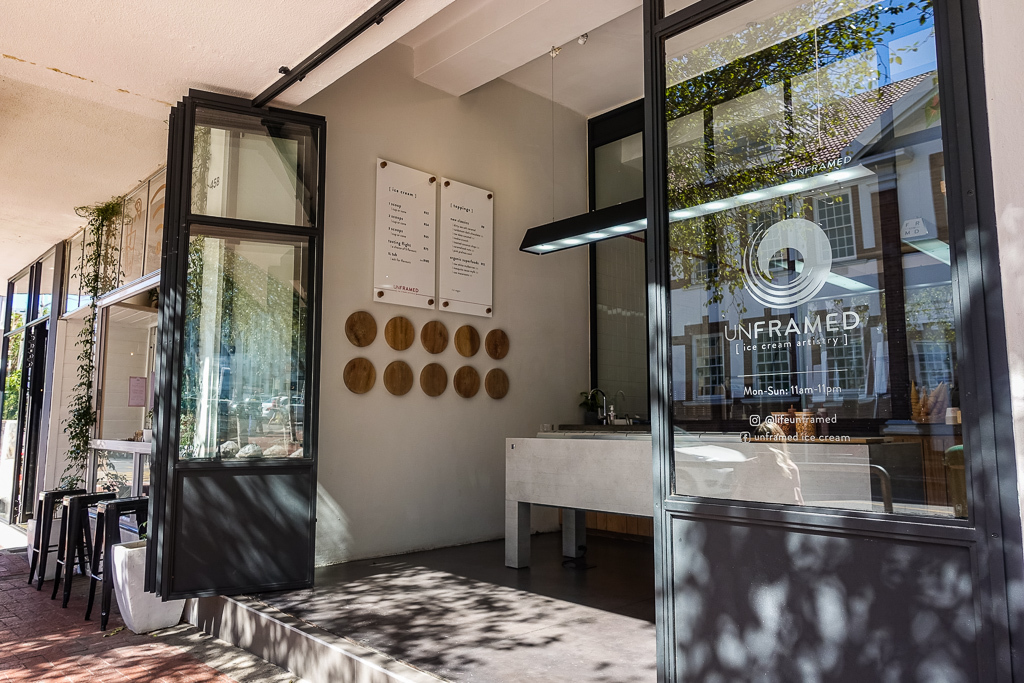 I struggled to find vegan ice cream from the supermarkets, but then I found this ice cream shop! They have at least three vegan flavors which are changing on a daily basis.

Wellness Warehouse is a health / organic food store with a wide selection of foods and cosmetics. Some stores also have a restaurant offering great vegan foods and tasty smoothies. 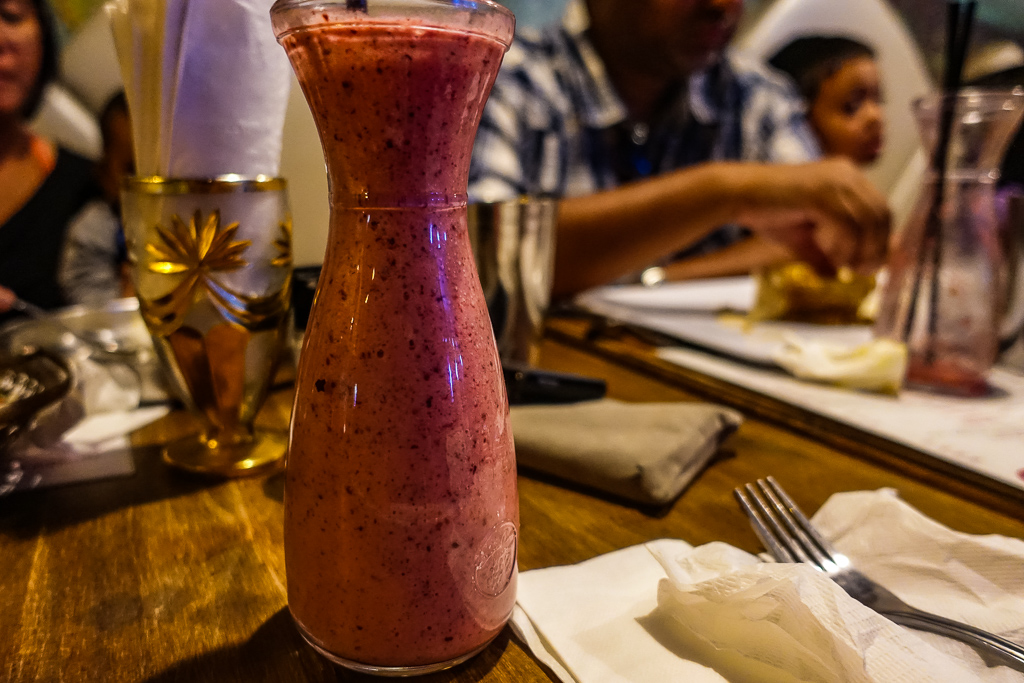 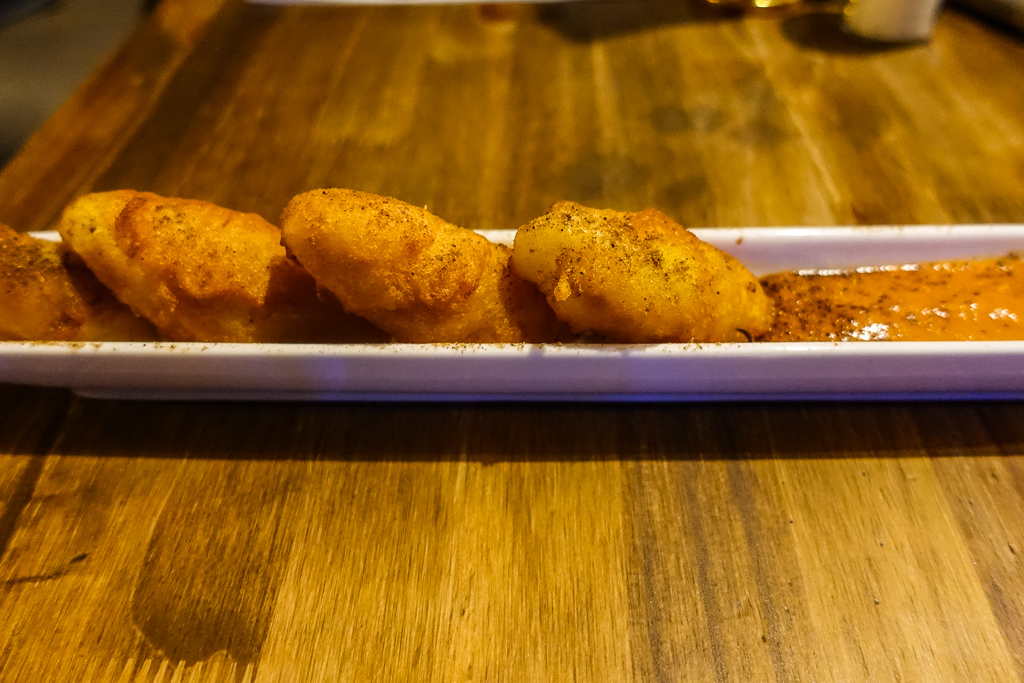 An Indian restaurant with a specific vegan menu. If you want to eat Indian food in Cape Town, this is your place! You have to ask for the vegan menu. Otherwise, they will just bring you the normal one. 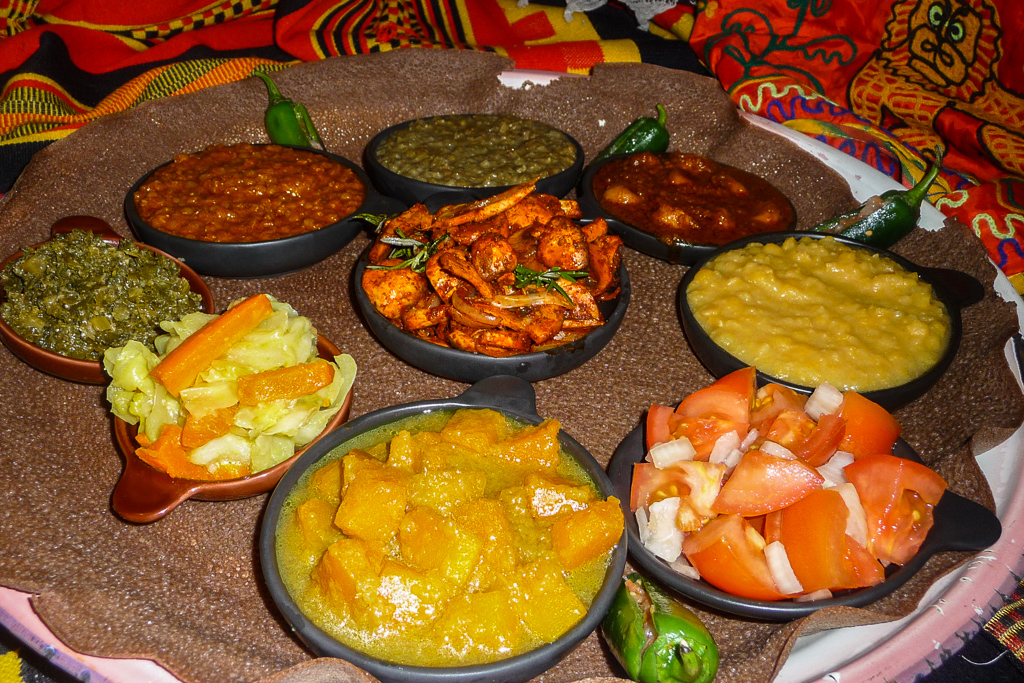 If you’ve never eaten Ethiopian food, try it here, and you won’t be disappointed! Different kind of sauces and stews are traditionally served on a large, sourdough ‘pancake’ called Injera. Their vegetarian menu is also fully vegan. 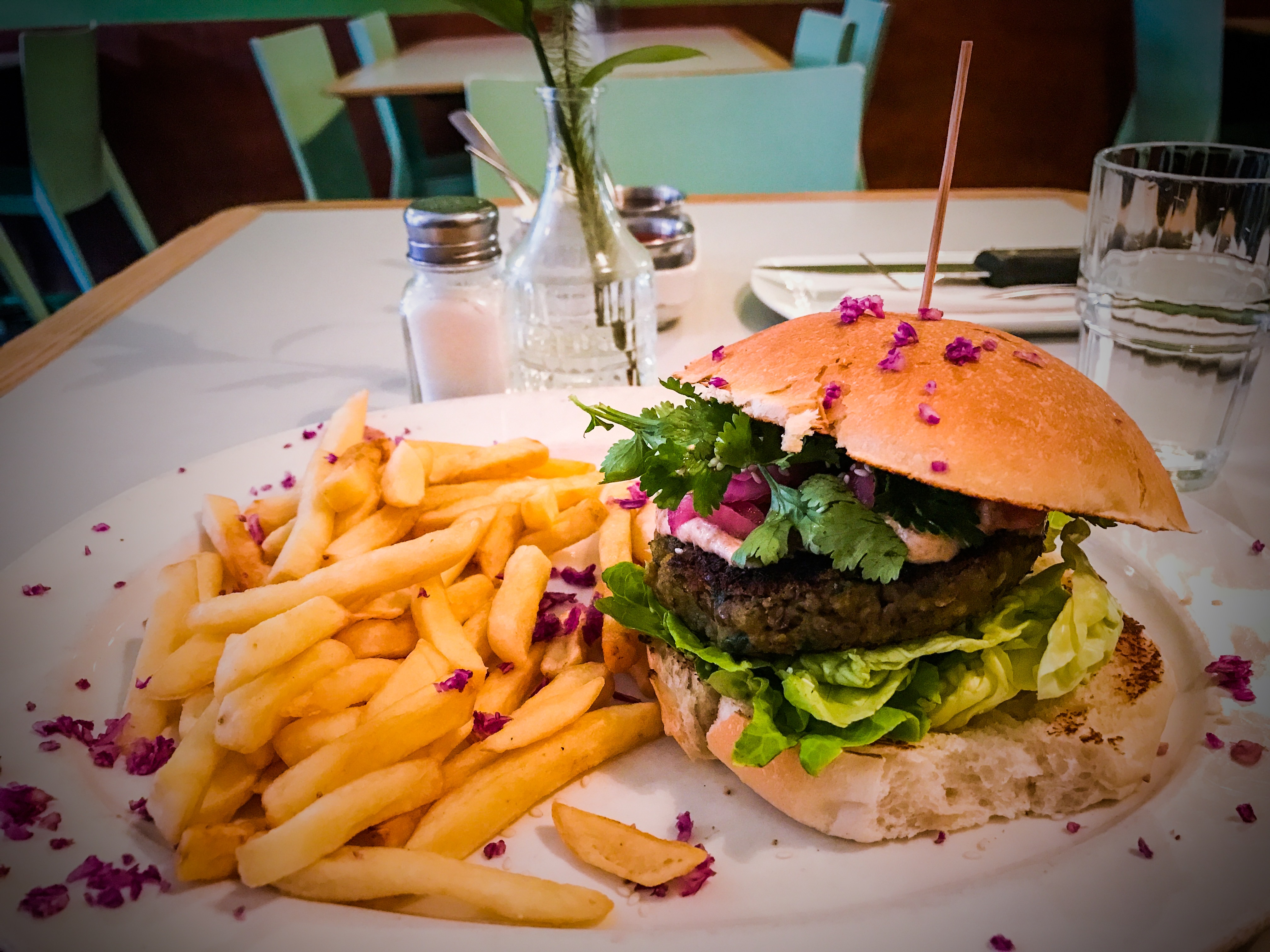 A burger restaurant with a wide selection of vegan and vegetarian burgers as well as a vegan smoothie option. 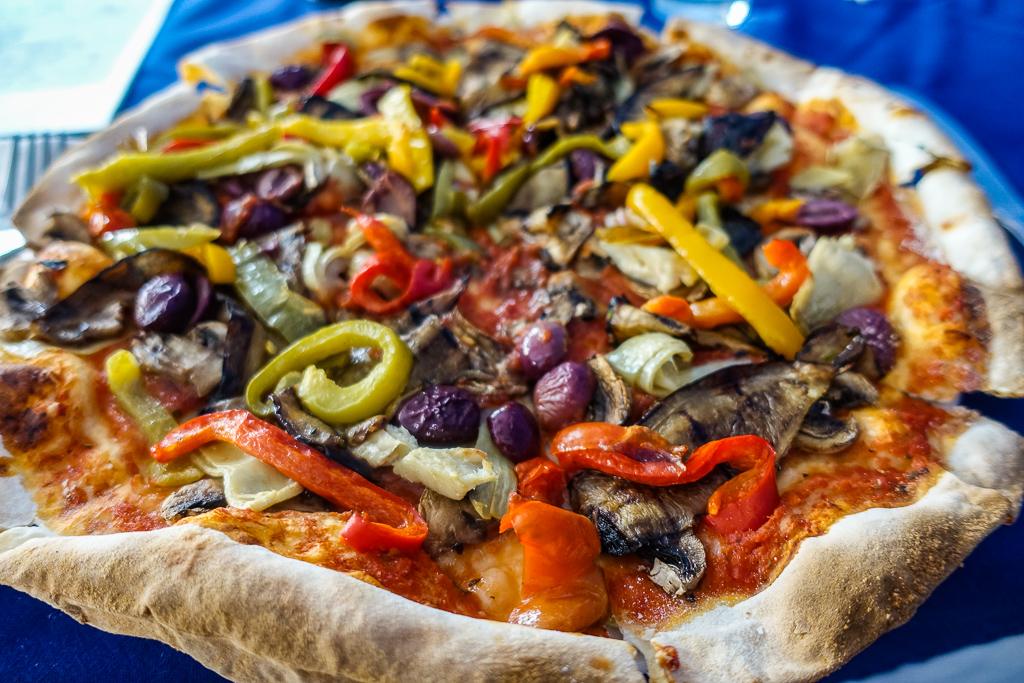 Authentic Italian restaurant serving great pizza. The staff is well aware of veganism, and vegan options are clearly marked on the menu. They don’t offer any special vegan products like vegan cheese but I had a vegetarian pizza without cheese, and it was still delicious! 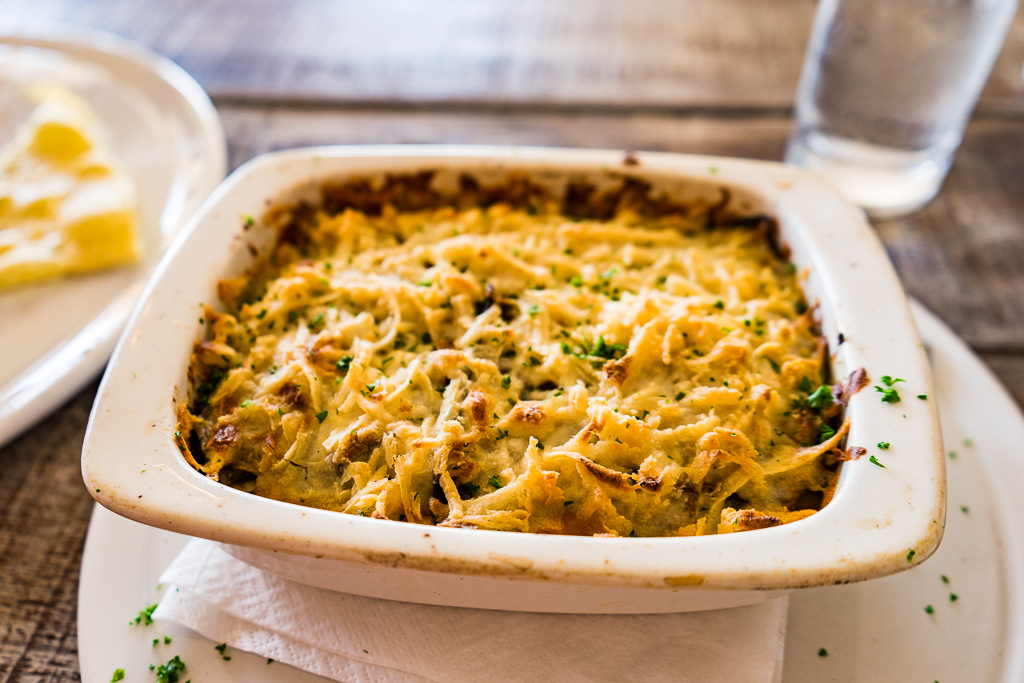 Another Italian restaurant located in Bloubergstrand. Not worth traveling from the city center but if you’re visiting Blouberg (and you should visit, if you want to get the best Table Mountain view!), this is the best bet for vegan food. They have a separate vegan menu and offer vegan cheese and other specialties. 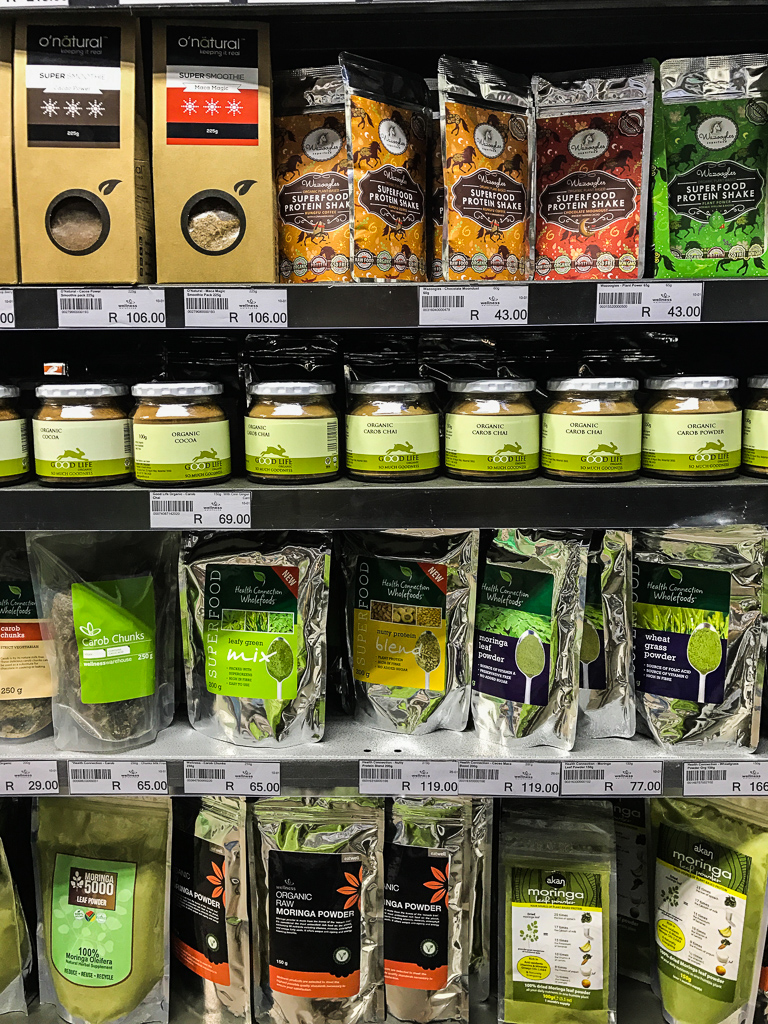 The main supermarket chains are Woolworths, Pick n Pay, Checkers, and Spar. Woolworths is the most upscale supermarket offering good quality fresh juices, ready to use vegetables and fruits, etc., a large selection of dried fruits and vegan snacks, and fresh vegan takeaway meals. Other supermarkets are a bit cheaper and also offer frozen vegan products like soy meat, ‘chicken’ nuggets, etc. Wellness Warehouse chain has stores in different locations, and even though they are not fully vegan, they offer a wide selection of different vegan foods and cosmetics. 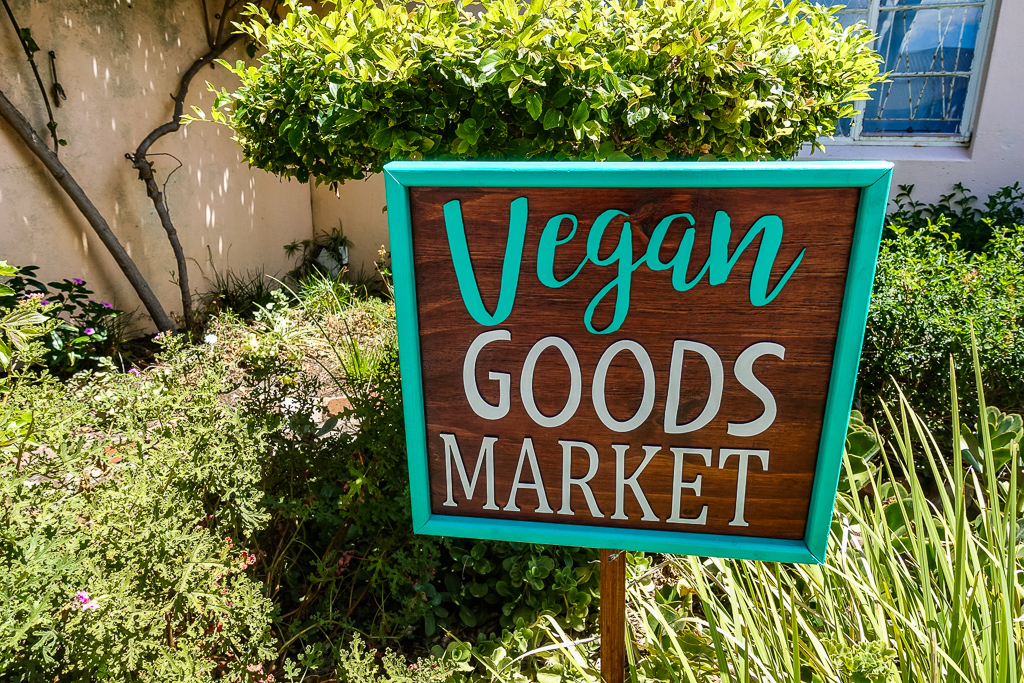 Twice a month there’s a Vegan Goods Market in Plumstead. From the city center, you can take an Uber or train there which takes about half an hour. This market offers a variety of plant-based foods and other vegan goods like clothes and cosmetics, and you can also meet like-minded people. Be there as soon as they open because things are about to be sold out very fast! Check out their Facebook page here. 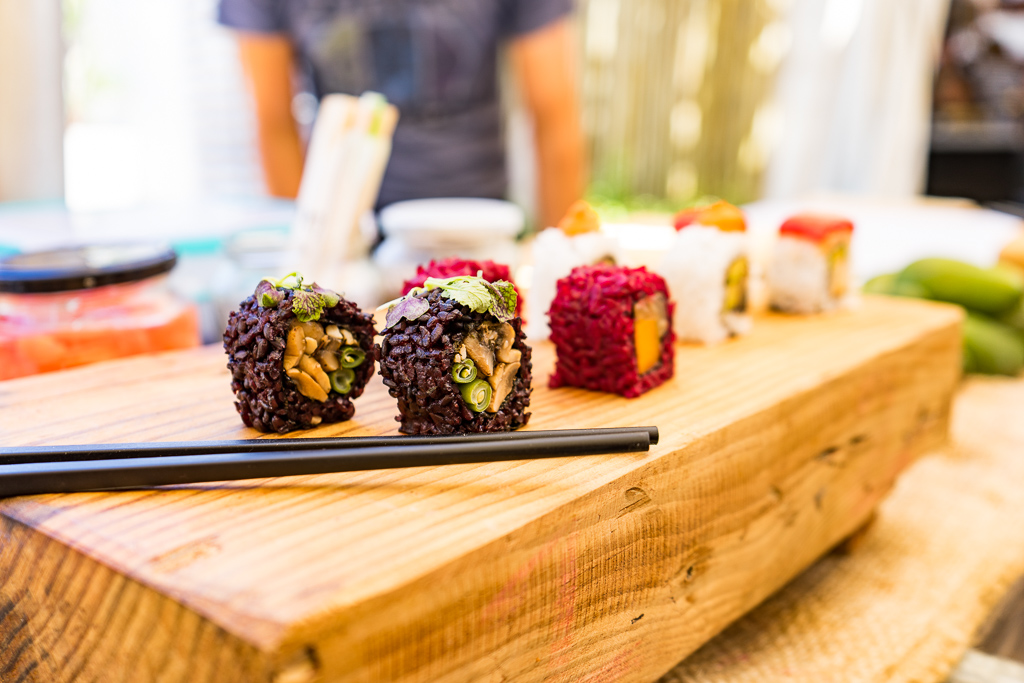 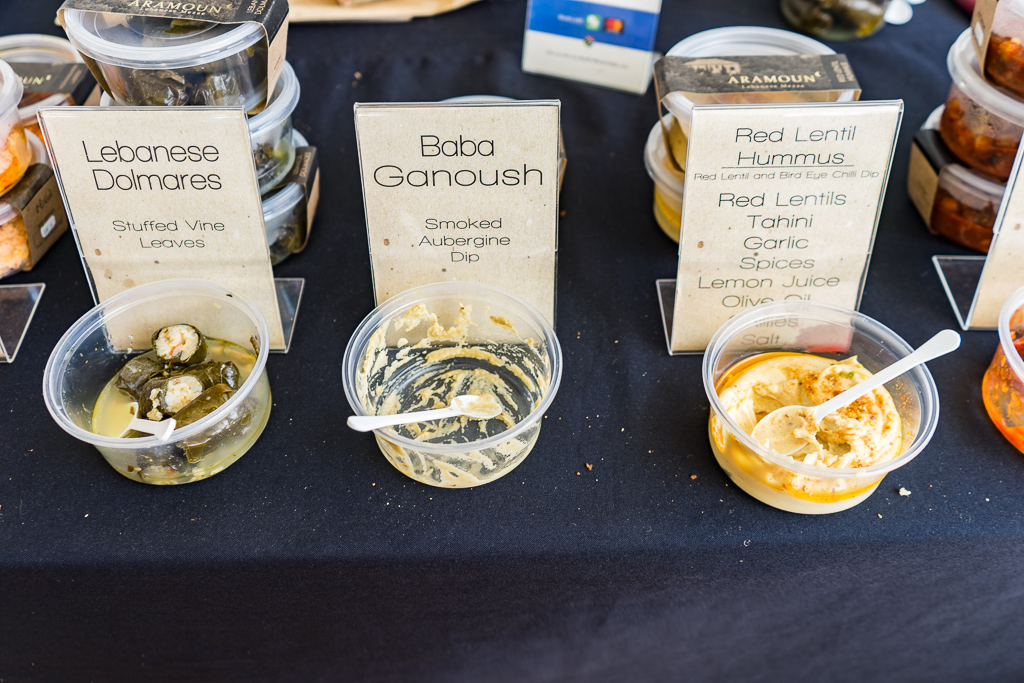 This market is held every Saturday at The Lookout of the V&A Waterfront, and it’s a place where independent local farmers and artisanal food producers can sell their products. There are some great vegan options available like a fully vegan sushi bar and delicious smoothies. 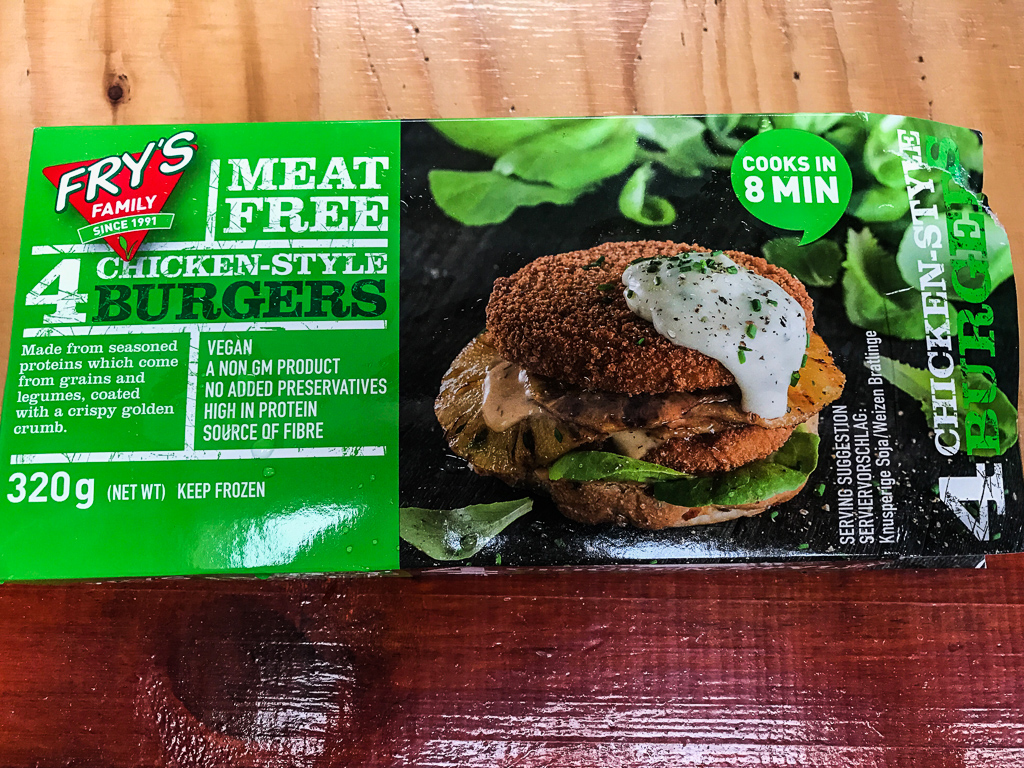 Fry’s: Frozen vegan foods like sausages, pies, nuggets, and burgers.
Yokos: Vegan coconut yogurt. Available from Wellness Warehouse stores, some Spars and their yogurt bar at the Waterfront.
Utopia Foods: Heavenly good cashew nut cheeses and yogurts. Available from several Spars, Wellness Warehouse stores, and some smaller health shops. Cheese might be difficult to find. I bought it for the first from the Vegan Goods Market, and after that, I only found it from a small shop called Olive Branch Deli located in Lifestyle on Kloof Shopping Center. 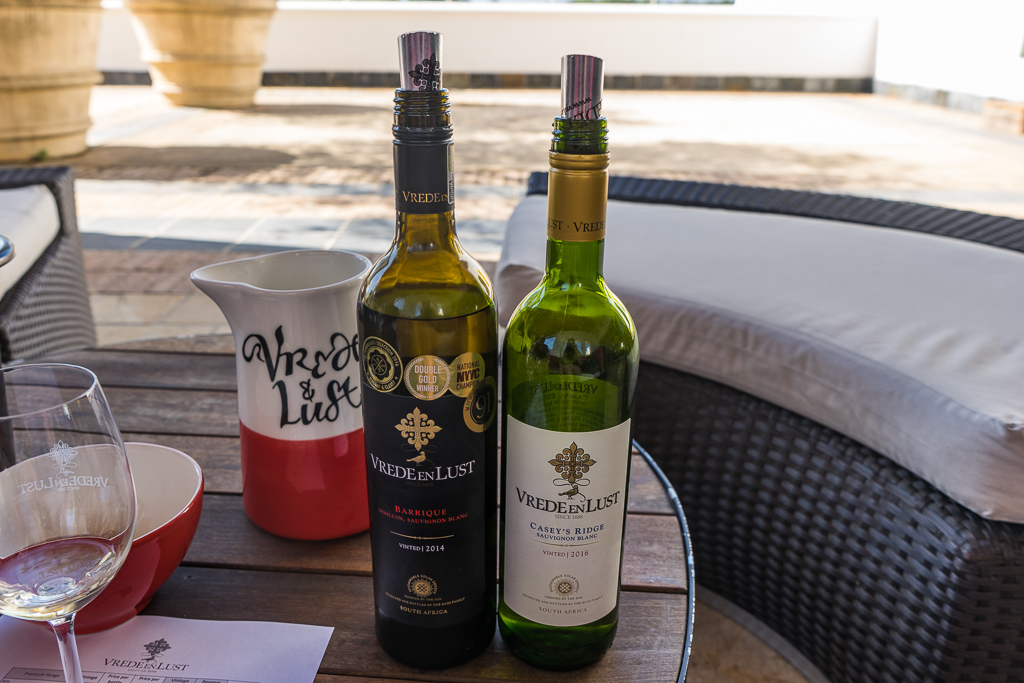 See a full list of vegan South African wines here. You can buy wines from the supermarkets, but you could also check out smaller wine stores if you’re looking for a specific wine. There’s a good wine store called Wine Concepts located in Lifestyle on Kloof Shopping center, and they offer for example Vrede en Lust wines (their winery was included in my vegan food & wine tour, and their wines were all delicious!).

Vegan Tours and Other 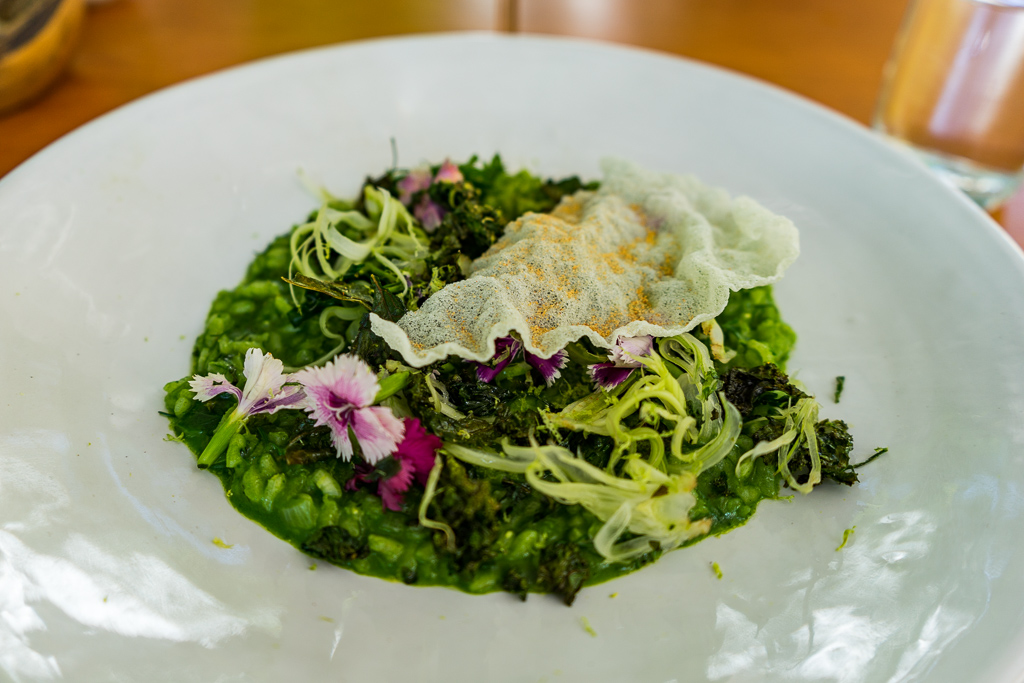 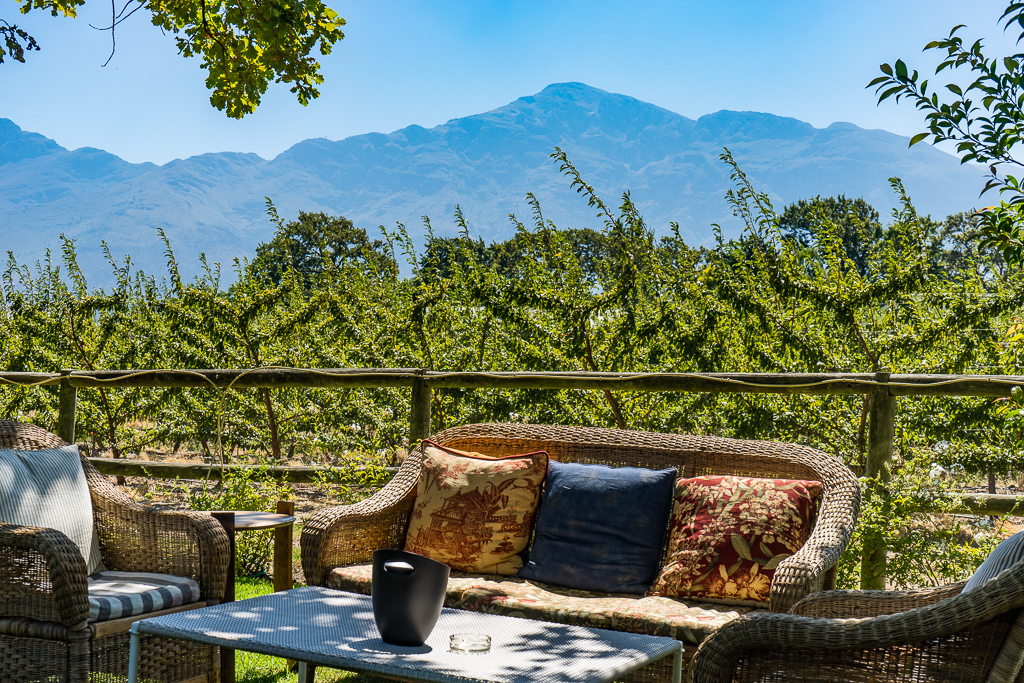 I’ve already written a blog post about the vegan food and wine tour I did in Cape Town. You can read the full review here and check out the tour on Airbnb here. If you’re traveling to Cape Town and are a vegan or want to learn more about veganism, contact Eric. The tour was one of my highlights in Cape Town, and at the time this was the only vegan tour in Cape Town. Wine tasting is also a must while in South Africa and by doing this tour, you’ll be sure that all the wines are vegan. I only did the one day tour, but Eric also offers a three-day vegan immersion.

Eric is now offering an exclusive 10% discount off your booking when you mention “gabrielahereandthere”. You can contact him by email: ecmallia [at] gmail.com.

An intimate home vegan dining experience. Advance booking is essential as numbers are limited. Check out their Facebook page to find out more.

Away With the Fairies in Hogsback

The Best Vegan Restaurants in Lisbon

OH MY GOD, what a perfect post!! I’m drooling over here :D! Need.to.taste.everything.NOW. 🙂

I’m missing the vegan food in Cape Town as well! 😀

Glad there are so many vegan options in Cape Town! Looks like a lovely trip! 🙂

Yes, it was awesome 🙂

This food all looks so good! I’m hungry now xD

Even I was getting hungry when writing this!! 😀

Hi Gabriela, it was such a pleasure meeting you in Cape Town and hosting you on our Generous Earth vegan experience. We offer one day and three day tours, and your readers who mention “gabrielahereandthere” in future, can get an exclusive 10% discount off their bookings. Just email Eric on ecmallia@gmail.com. It will be a pleasure to host your readers discovering many hidden vegan secrets in this beautiful city of ours.

[…] It’s true that, in most African countries, you’ll be hard-pressed to find anyone who’s even heard the word “vegan” before. [Note: South Africa is the exception to this rule. The vegan scene is absolutely BOOMING in Cape Town!] […]