The Chernobyl disaster was a nuclear accident that occurred in 1986 in the Ukrainian Soviet Socialist Republic. It is known to be the worst nuclear accident in history, and after the explosion, radioactive particles were spread all over Europe.

Ever since I heard that it’s possible to visit the Chernobyl power plant I wanted to go there. I’ve always been interested in the worst-case scenarios like what would happen if all the nuclear bombs were detonated. That’s a scary though for sure.

So while I was in Kiev, Ukraine this summer, I decided to do a Chernobyl tour. The tour company I used was Solo East Travel, and I was very satisfied with everything. They also offer discounts for students.

The tour started at 8 am when the whole group crammed into a minibus. Luckily I managed to choose a quiet day, and there were only eight people in my group. On our way from Kiev to Chernobyl, we watched a documentary about the disaster, and I found it very informative and eye-opening.

The town of Chernobyl

We first arrived at the town of Chernobyl and the 30-kilometre zone which is the area that was evacuated after the disaster but some people, mainly elderly, have later on moved back to their old homes. At this point, things seemed pretty normal as people were living and working in the Exclusion Zone. 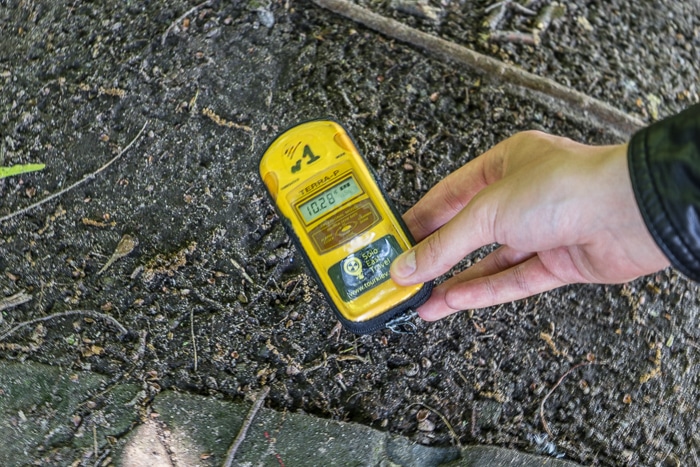 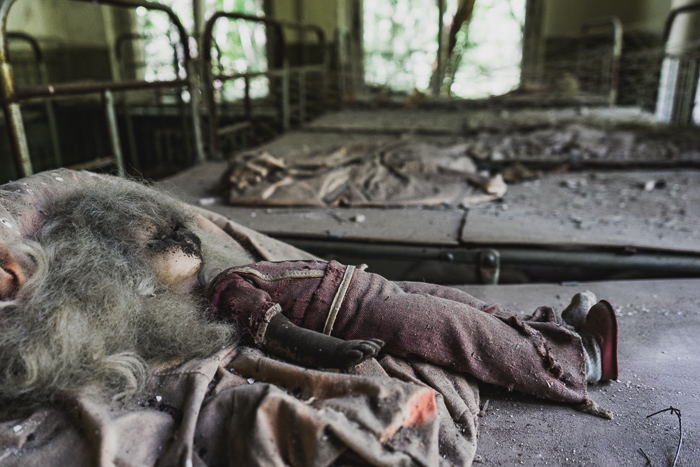 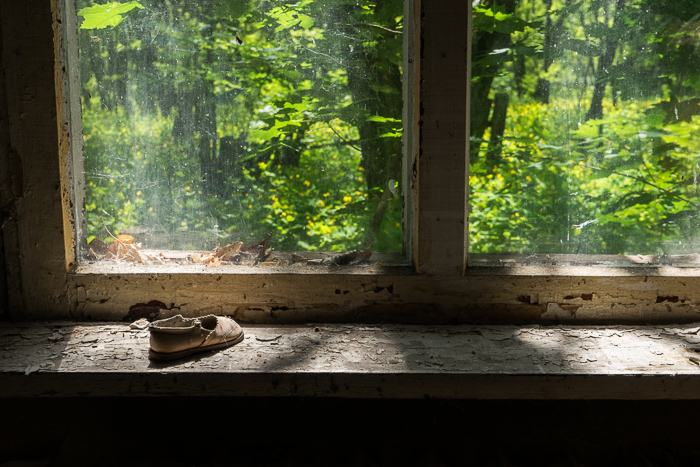 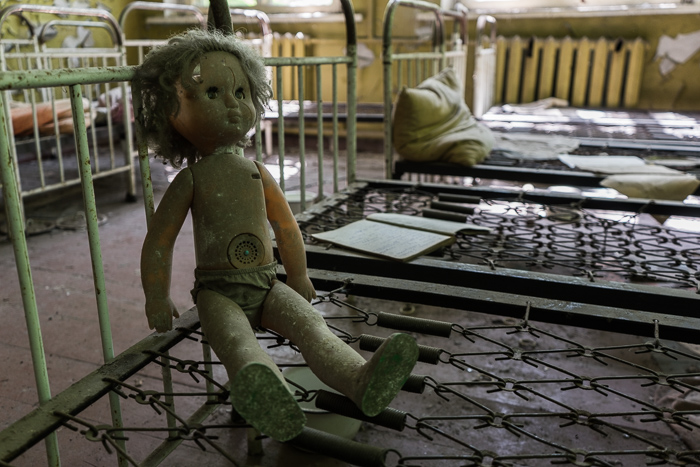 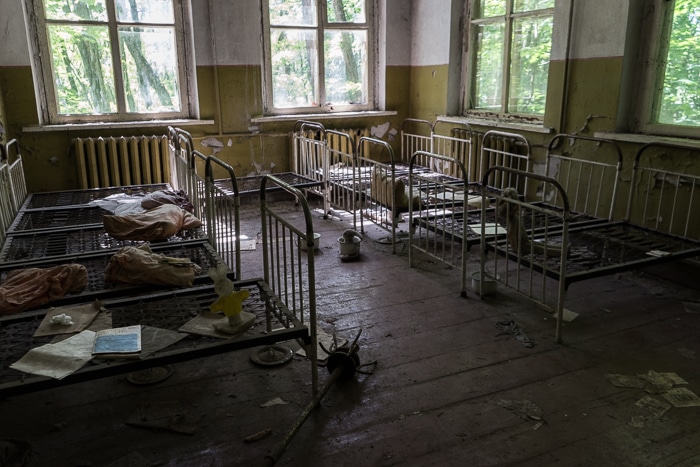 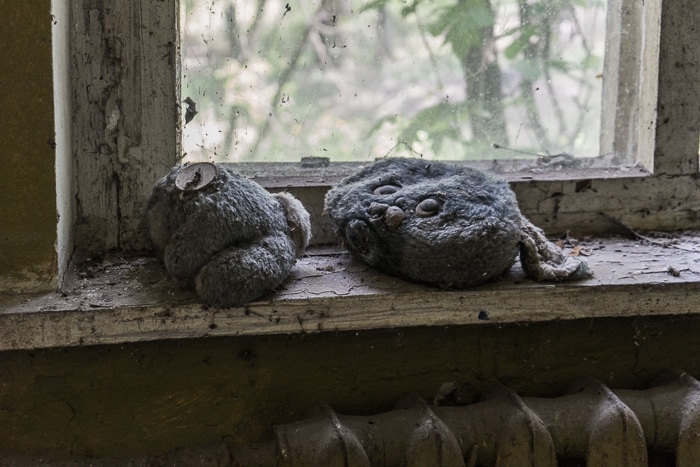 We then continued to the 10 km zone where we stopped at the city’s old kindergarten before heading to see the reactors. And as you can tell from the pictures the place was creepy as hell and the dosimeter picture is also taken in front of the kindergarten where the measurements were much higher than near the reactor itself (the reason might be that in the first picture measurements were taken from the soil which always contains more radiation). 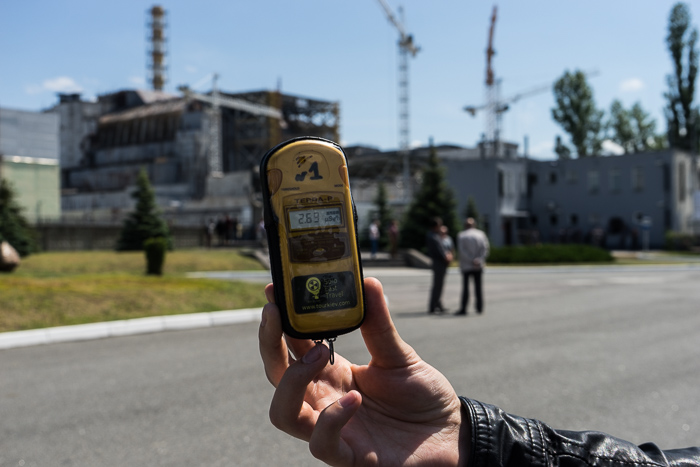 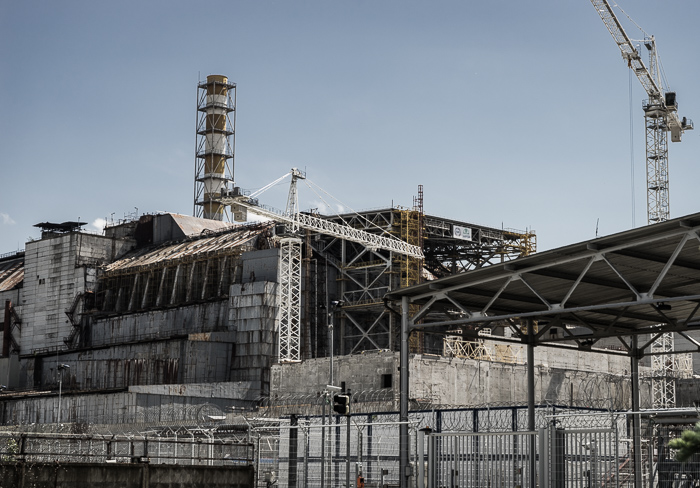 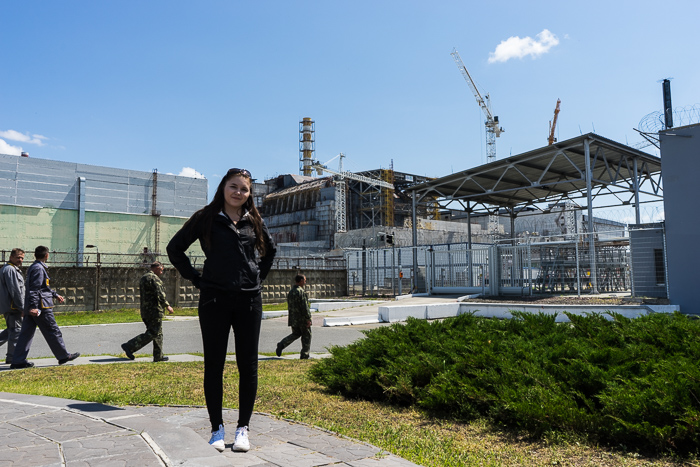 Next stop was at the reactor number four and in the picture you can see a giant arch made of steel that will be pulled over the nuclear power plant to contain radiation from the reactor. 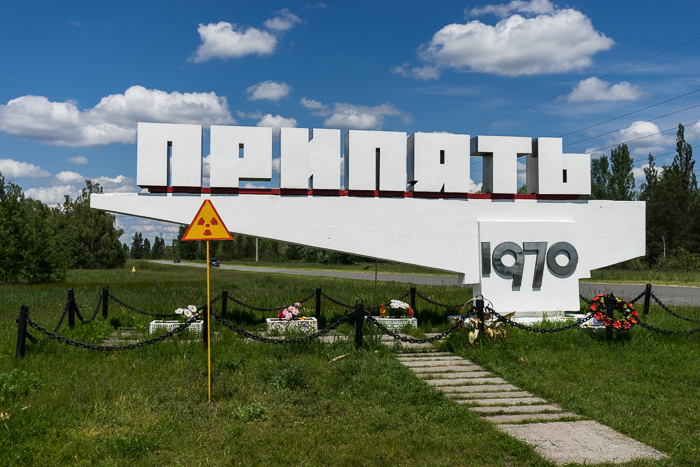 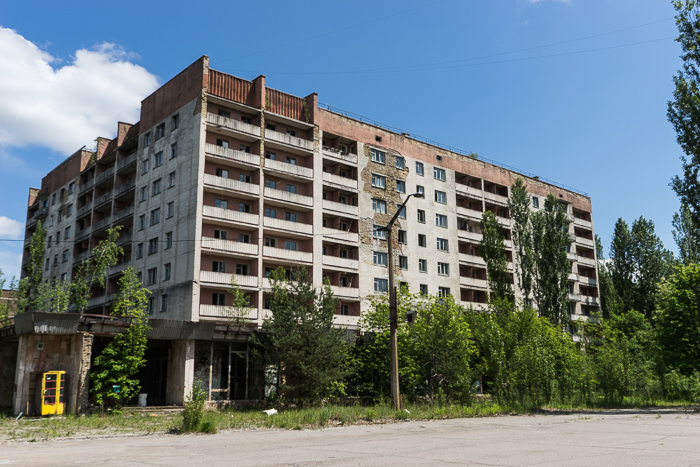 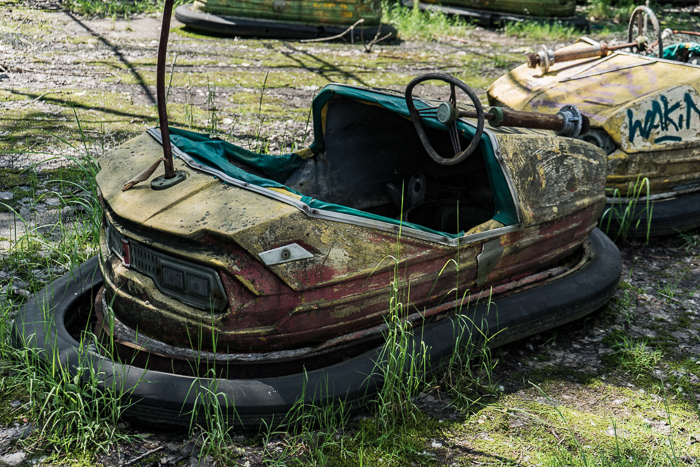 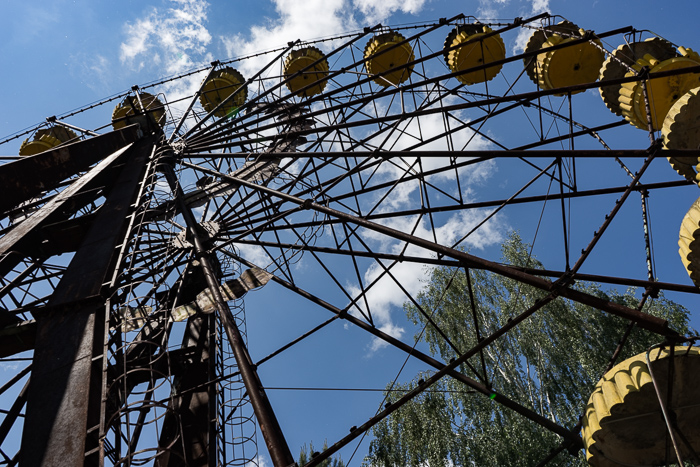 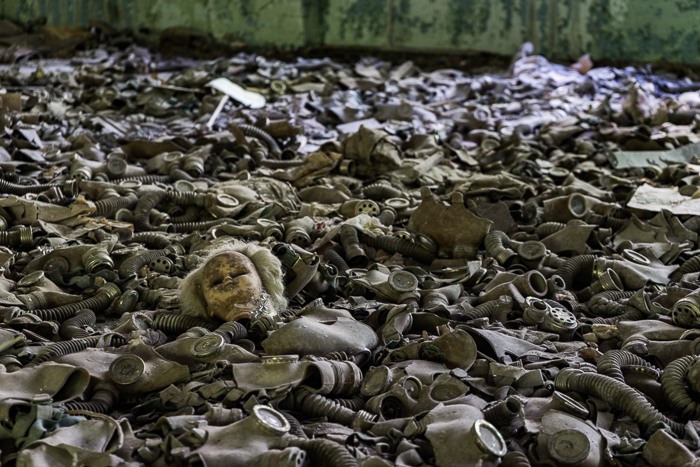 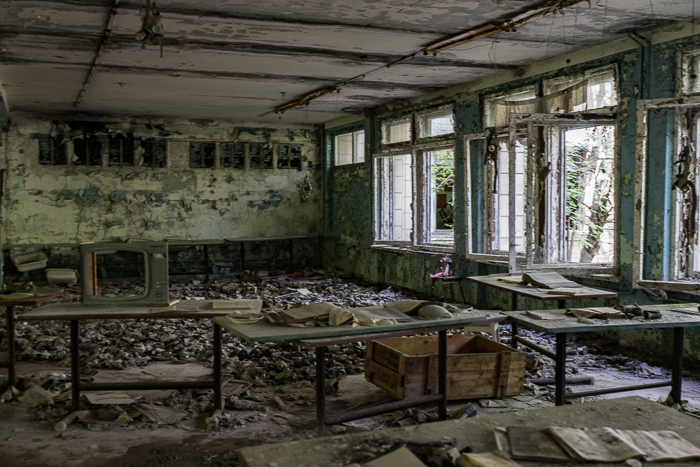 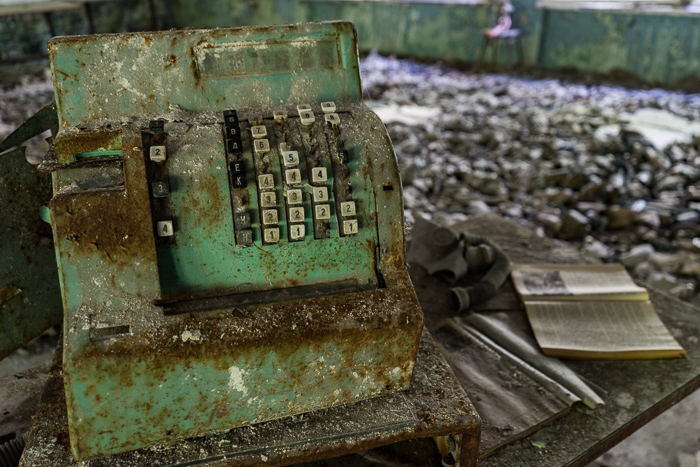 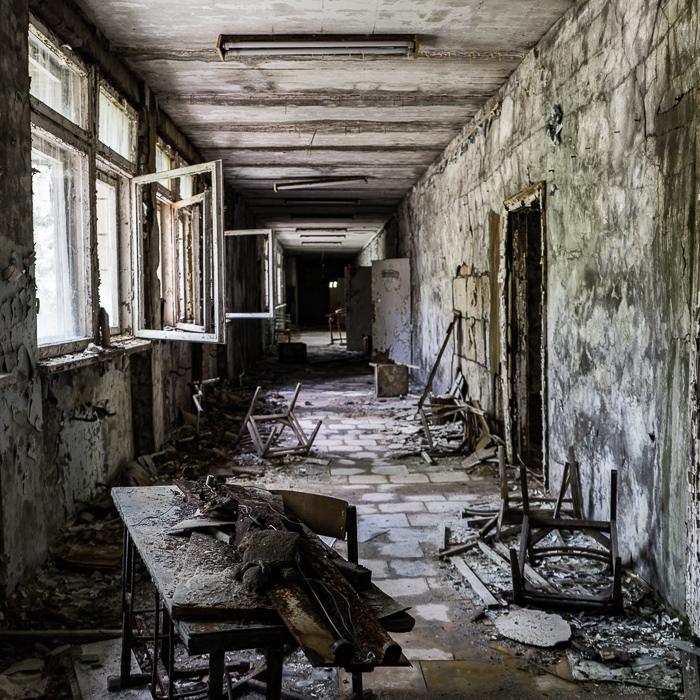 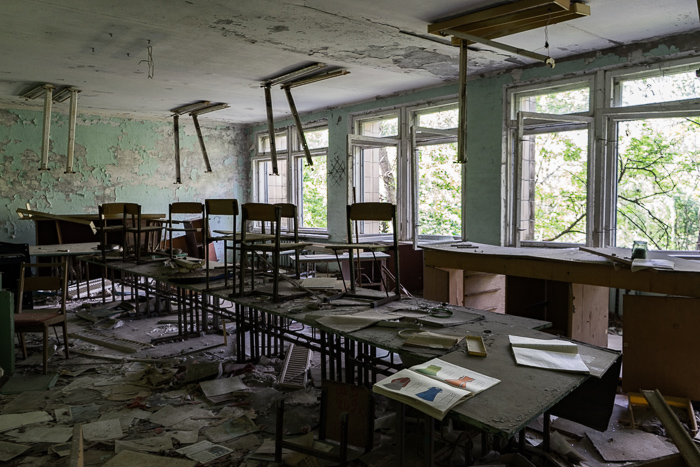 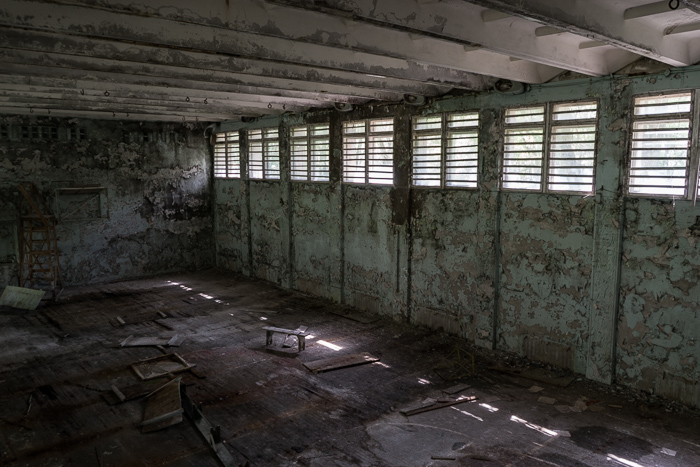 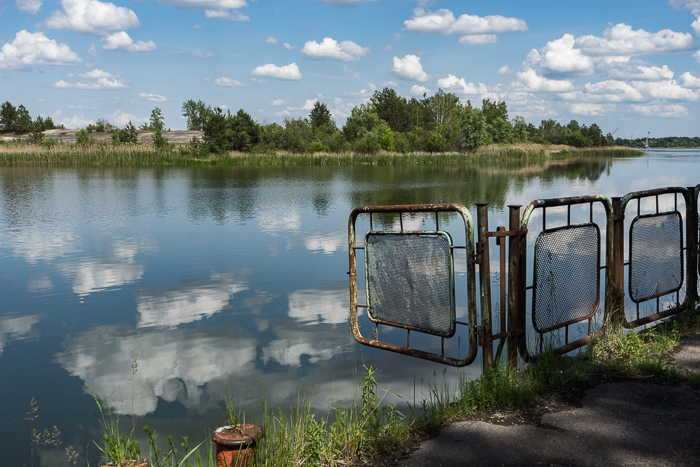 After the reactors, we were off to Pripyat, the ghost town. We visited the most well-known sites like the amusement park, school and swimming pool. 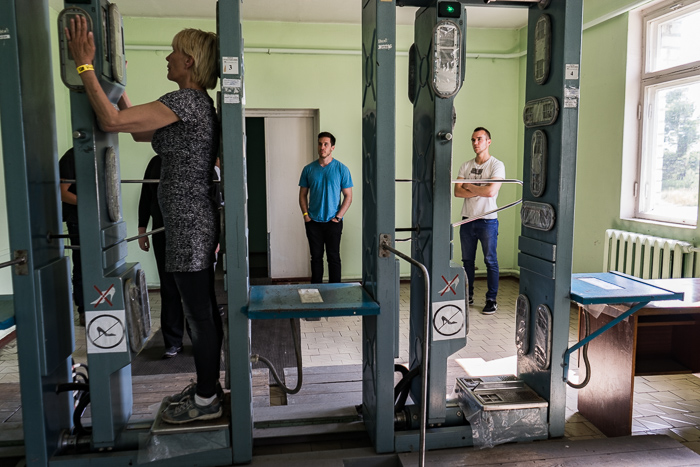 Our last stop was the town of Chernobyl again where we ate late lunch. Before leaving the exclusion zone, we had to pass a radiation test. Luckily we all passed it, and our guide told us that while he’s been working there’ve been only one incident where someone didn’t pass it.

Tips for the tour:

The tour started early in the morning, and the first time they offered food was at the end of the tour around 5 pm. So eat a filling breakfast and bring some snacks and plenty of water with you. I wasn’t prepared, so I was already starving at noon, and later on I also ran out of the water.

They do however offer you a really good meal after the tour in the town of Chernobyl. Don’t worry, the food and water are not contaminated! They also offer you a special meal when requested, and I had a tasty vegan meal with potatoes and mushrooms.

Sleeveless shirts, open shoes, skirts, and shorts are forbidden because the clothes are supposed to protect you from possible radiation. Our tour guide explained to us that there are still some spots left with contaminated soil where you can get radioactive dust. 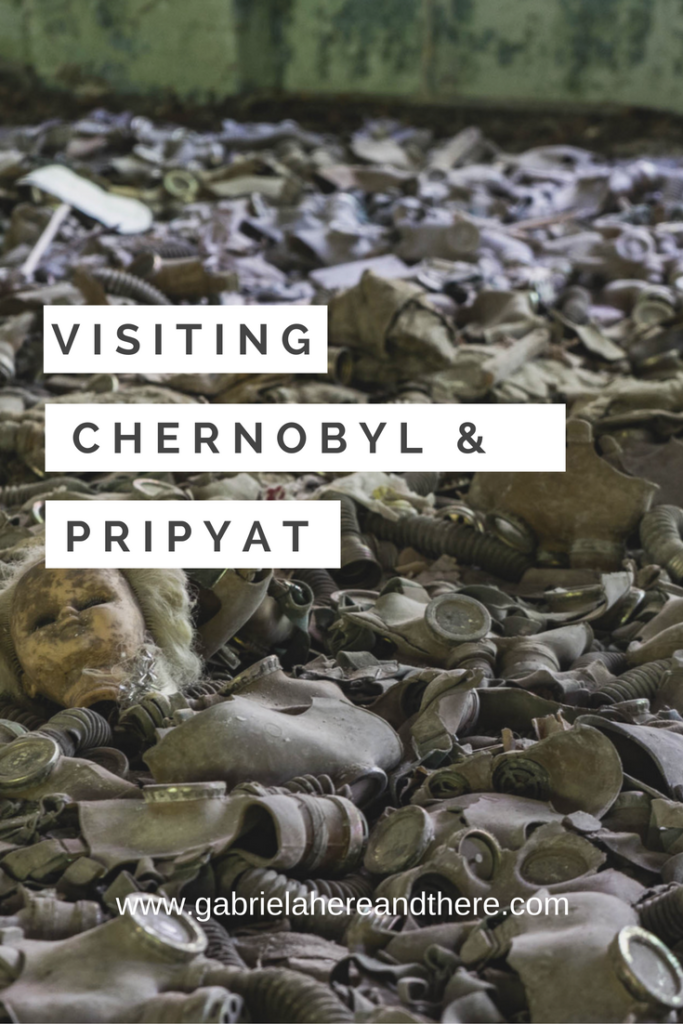 Chernobyl should never be forgotten. It’s a reminder for us that even though we are constantly trying to make things better and easier with a new technology, sometimes we only make things far worse.

The Best Places for Sunsets & Sunrises in...

The Best Vegan Restaurants in Lisbon

This is incredible, thank you so much for sharing! I’ve always been really fascinated with what happened in Chernobyl, and as you said, it’s important to remember what can go wrong when we are too ambitious.

Yes, it was definitely an interesting and eye-opening experience!

Hello Gabriela!
Many thanks for interesting reviews about your excursion to Chernobyl.
Sorry for the spelling, I’m writing this text using Google Translate. My everyday language is Russian.
I have not yet visited the Exclusion Zone. But interesting reports and post apocalyptic species look very picturesque. It is very surprising that the most interesting reports are obtained from foreigners. Although the cost of a one-day tour for residents of Ukraine is much cheaper – about 30-40 dollars. As for the cost for foreigners, I found the cost of 110 USD.
I am amazed by the phenomenon of wildlife development, which surprisingly takes precedence over the traces of the catastrophe, arranged for 30 years not by sensible people. For example, the restored bear population.
Can you somehow tell or comment on this aspect of life in the vicinity of Pripyat?
Thank you in advance for your response and for interesting publications.

Thank you for your comment! Yes, it was an interesting experience. I actually asked my guide what happened to the plants etc. and he replied that there was only a small area called Red Forest where the trees died. But yes, after that everything has grown back and there are also some animals living there.

I really want to visit Chernobyl as I’ve always been fascinated with abandoned places! I can’t wait to go 😀 Loved this post!