Traveling to Bahrain on a budget? Is that even possible? That was exactly what I thought when I had booked my flight from Jordan to Bahrain. It turned out that it’s not the cheapest country to travel, but it’s possible to get by on a $40/day budget.

It’s very simple to answer this question because there’s only one hostel in Bahrain: Bahrain Youth Hostel. I paid $30 for a dorm which is quite a lot for a dorm, but I basically got a private room because there was no one else staying in the same dorm. Then I even got upgraded to a private room, and I didn’t have to pay any extra for that. But even if you are staying in a dorm, this is one of the best hostels I’ve ever stayed in! They had a gym, swimming pool, sauna, game room, etc. All the rooms have queen sized beds, TV, fridge and bathroom. This is a five-star hotel but with hostel prices! Check out the pictures of the hostel at the end of the post!

Also what is nice about this hostel, is that they have a driver who can take you somewhere if he is free. I was lucky to meet the hotel manager who was so kind that he spent his Saturday just driving me around Bahrain and showing me all the sights. He was extremely helpful and was willing to take me wherever I wanted to go.

Public transport is nearly non-existent in Bahrain, but you can get a bus from the airport to the city center. If you are staying in Bahrain Youth Hostel, take a bus number A1 to Isa Town, and from there you can either walk (about 4 km) or take another bus to the Bahrain National Stadium which is just next to the hostel. I started walking from Isa Town, but it didn’t take too long that there was already someone offering me a ride. I found most of the local people very helpful and kind, and I got so many free rides.

Because the hostel was located quite far away from everything, I usually ordered takeaway food for dinner. There’s an app called Talabat and using that you can order whatever food you want, and they bring it to the hostel. Supermarkets also offer a good selection, and that’s where I usually bought my lunch. 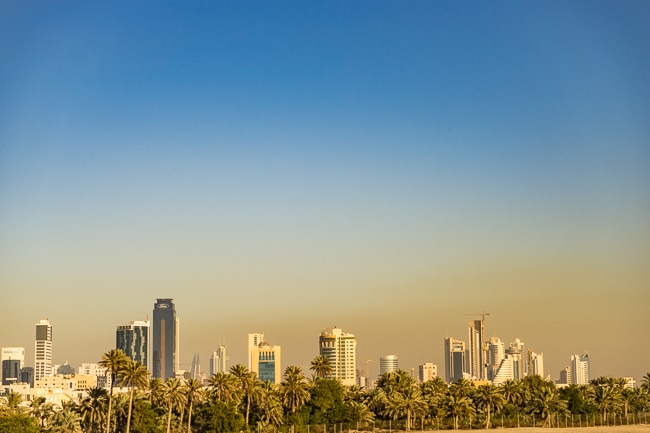 Bahrain is a small country, and you can see all the sights in one day if you have a car. That’s what I did when the hostel manager wanted to drive me around the country. It’s so much easier to get around with a car, and you can’t even take a bus to some of these places, so I really recommend renting a car for a day if you can’t get someone to take you to these places. 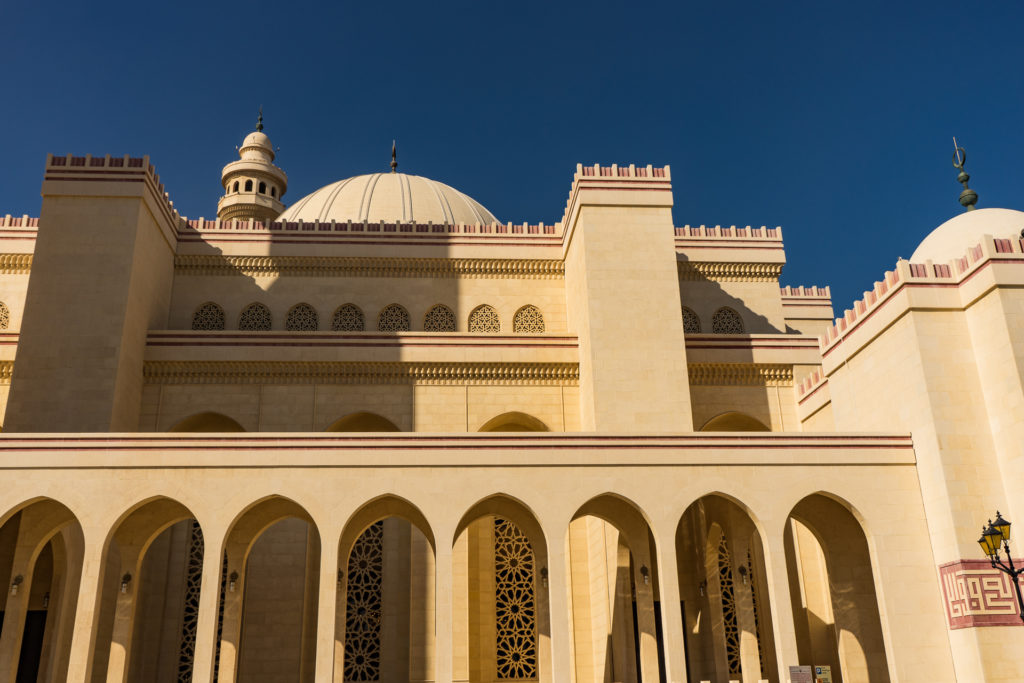 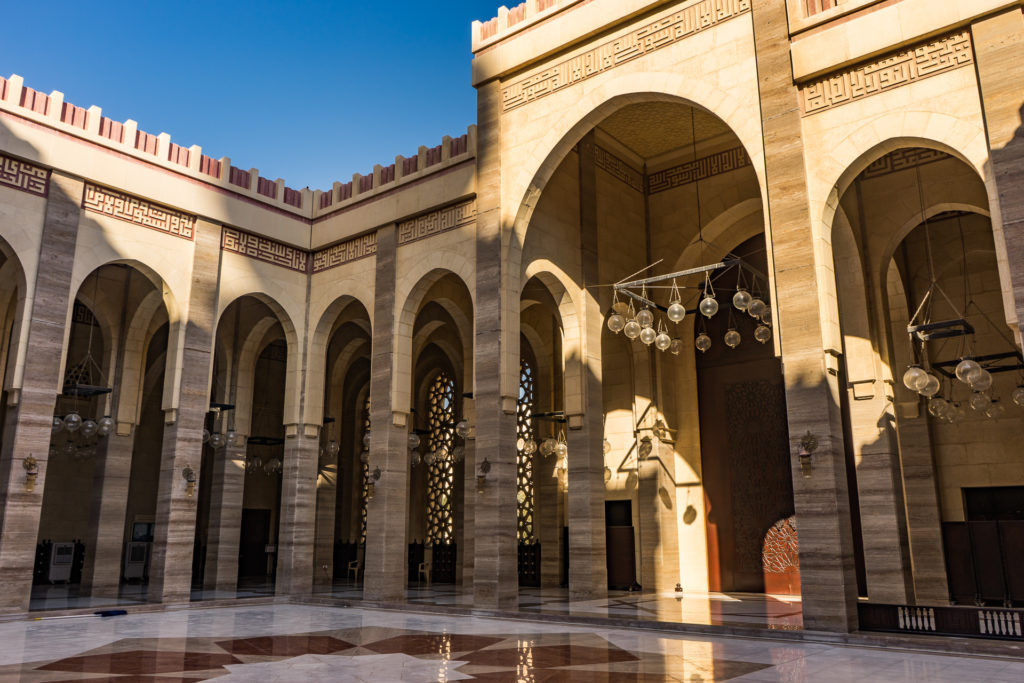 This is the biggest mosque in Bahrain. Check out the visitor times before you go there, and you can then get a free guide to take you around the mosque. They provide hijabs and abayas for women to cover up. Here is a picture of me wearing my fashionable outfit: 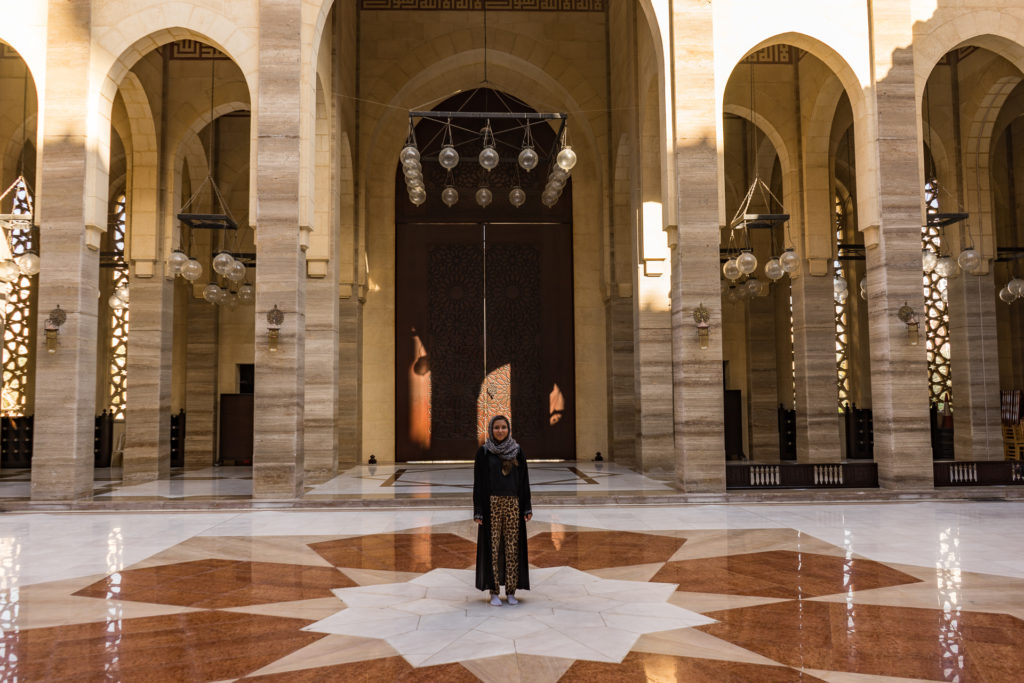 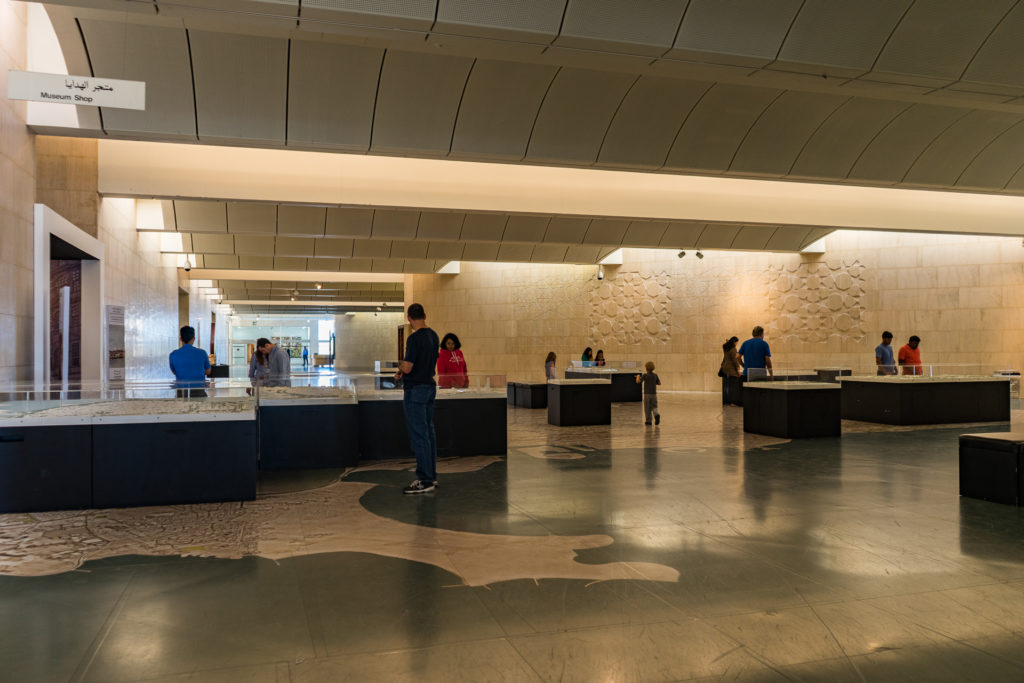 If you want to learn about the history and culture, Bahrain National Museum is a good place to start. It’s located quite near to Grand Mosque, so you can visit this place after the mosque tour.

Bahrain is full of big shopping centers but if you want something more traditional, head to the souk! 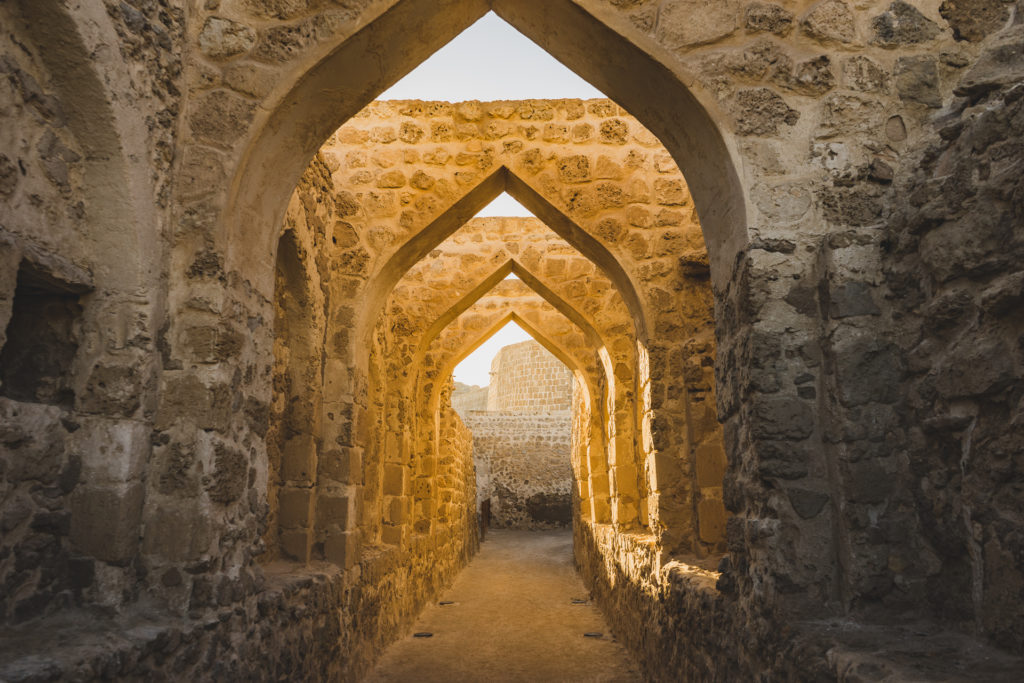 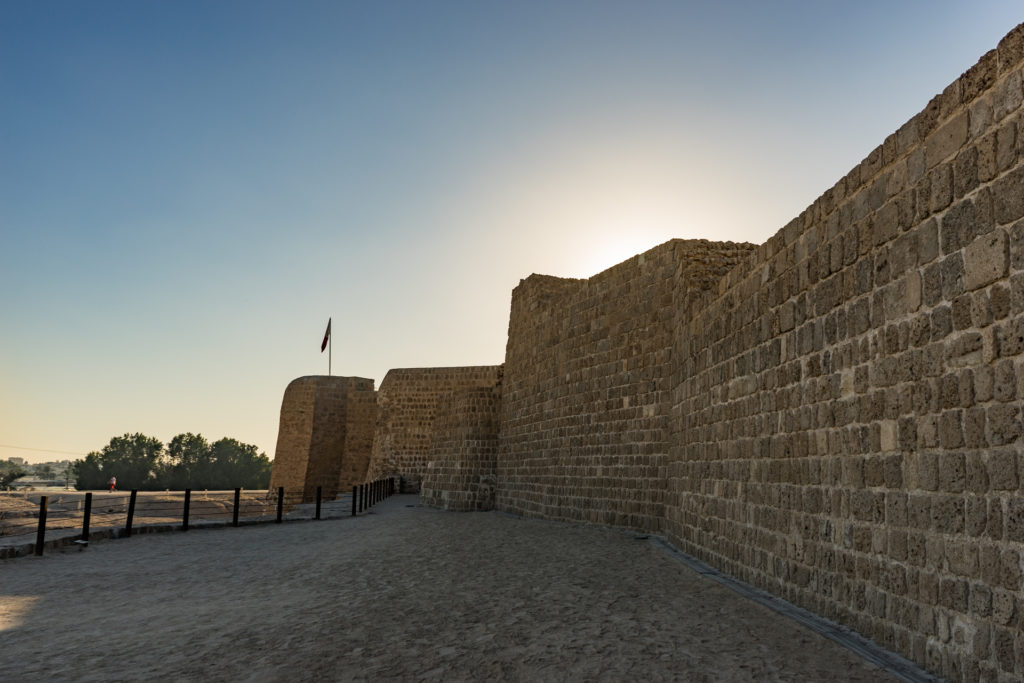 Other than this, there aren’t many historical sites in Bahrain, so it was very interesting to explore this archaeological site.

For me, it was kind of bittersweet to see the border. I mean, I was so close to Saudi Arabia, but also so far away. Saudi Arabia is one of the most difficult countries to get a visa, especially if you are a solo female traveler. It would have been handy to have the visa because then I could have traveled to many countries like Kuwait, Qatar, Oman, overland.

Bahrain has one of the largest prehistoric cemeteries in the world. We just drove past this place, but I could see the burial mounds from the car.

The Tree of Life 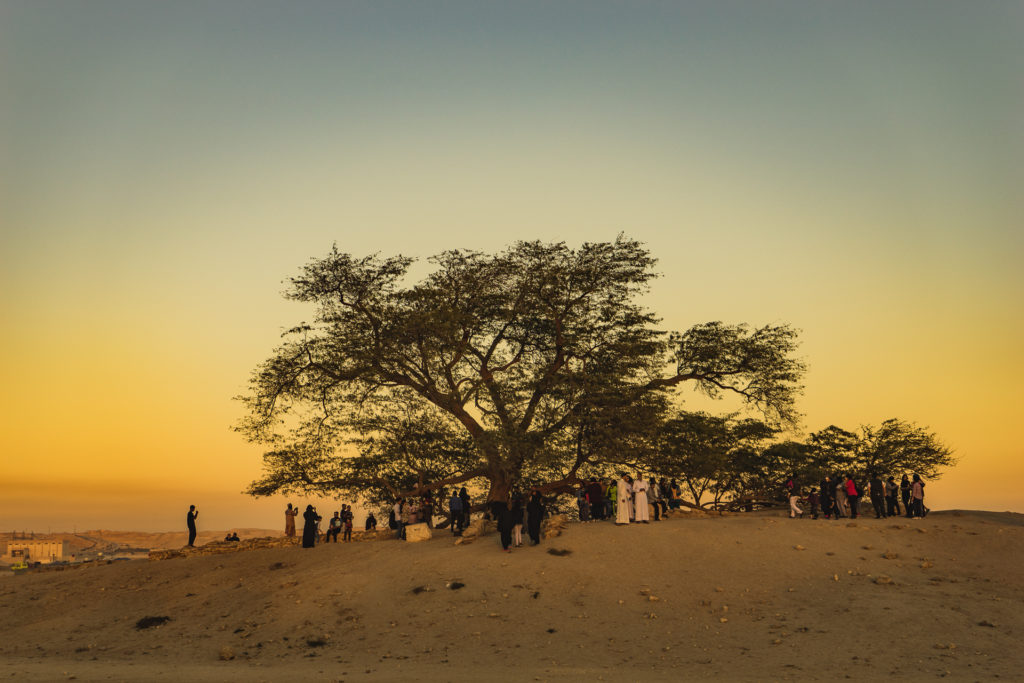 I have to admit that I was a bit amused first when I heard that one of Bahrain’s most famous sights is a tree. But driving there and seeing the tree, was very interesting. On your way to the desert, you can see many oil pump jacks and pipelines. 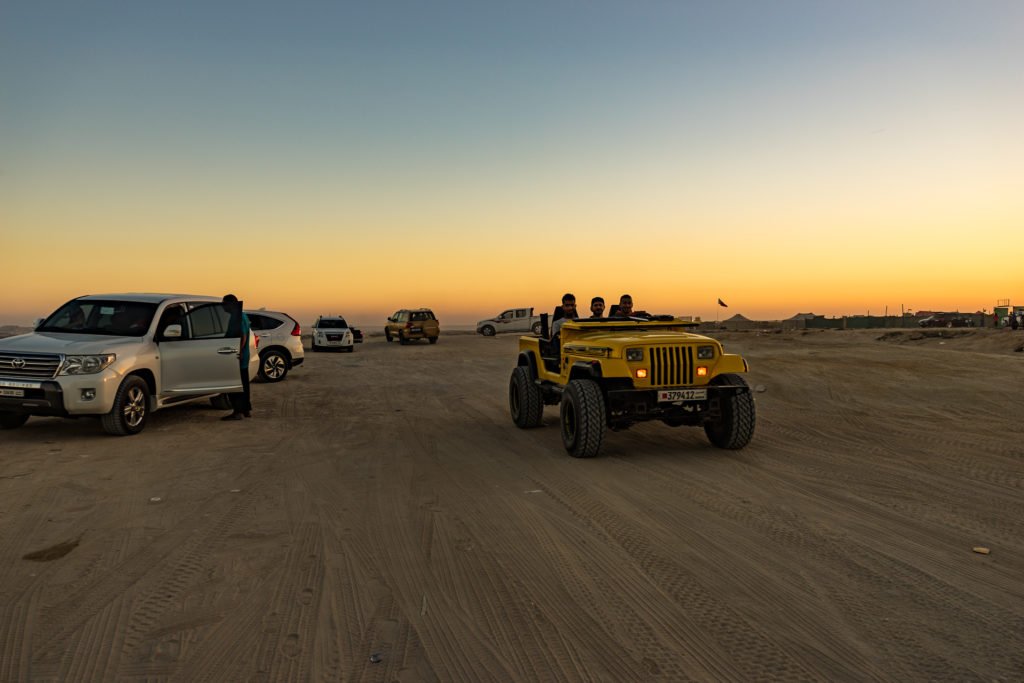 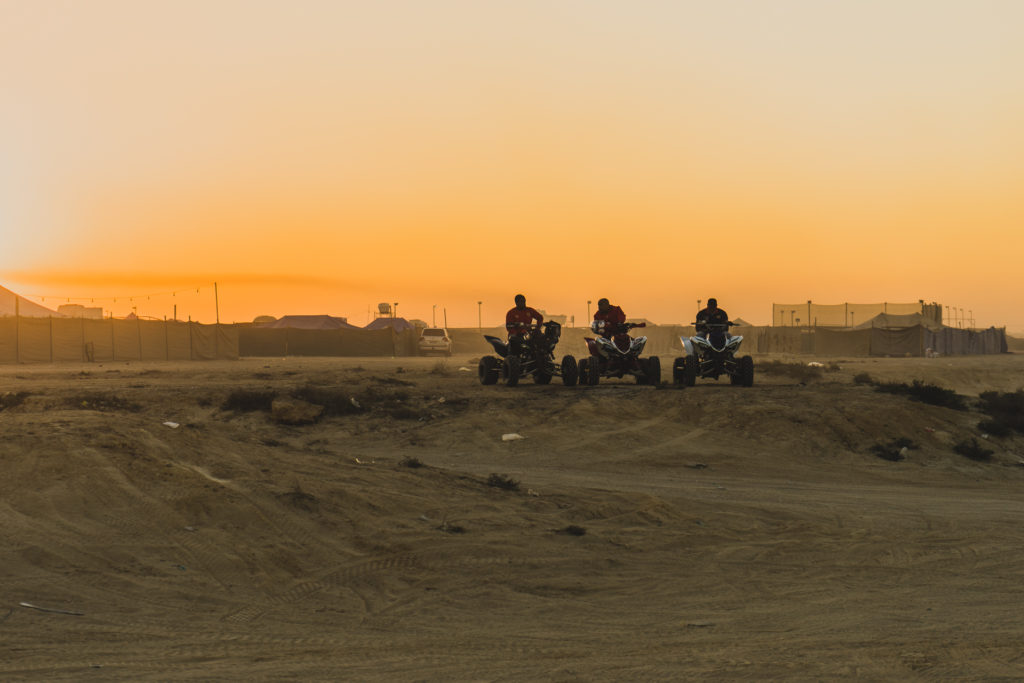 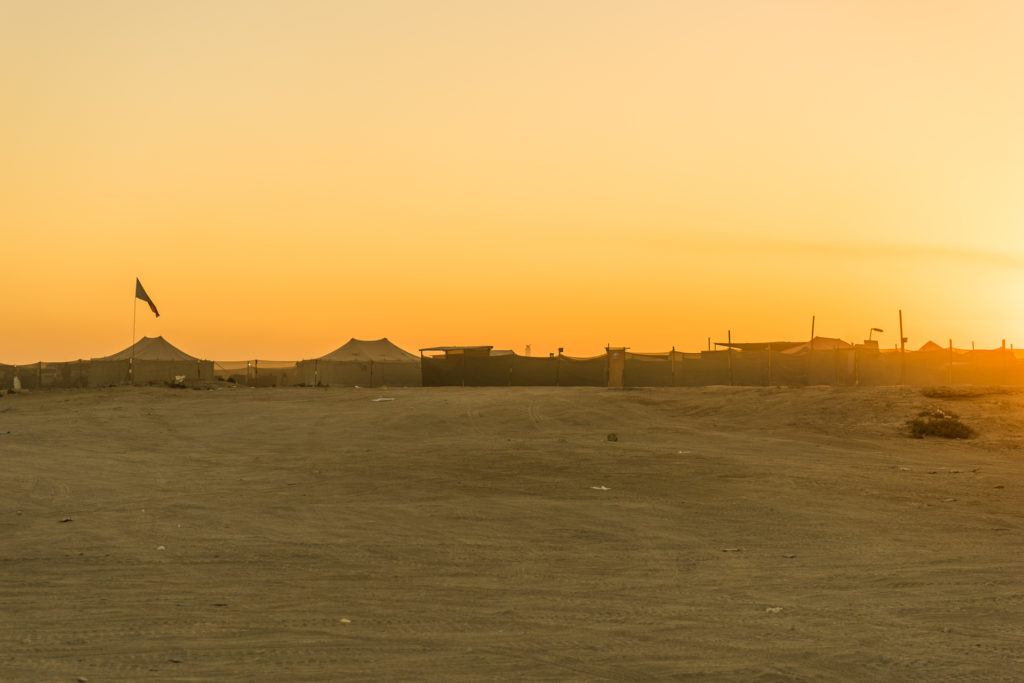 I was going there on Saturday, on New Year’s Eve when all the locals were enjoying their holiday, and they were camping there in the desert. There were many people, big tents, food carts, music playing, people driving quad bikes, and motocross bikes, and it was just crazy – somehow reminded me of music festivals. And the tree was very popular, as you can tell from the picture.

Check out the pictures of Bahrain Youth Hostel! You can click to enlarge the images. 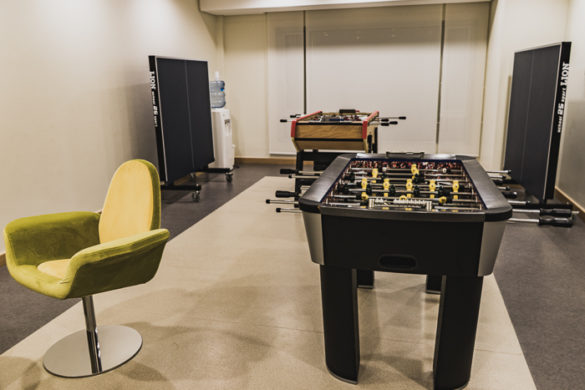 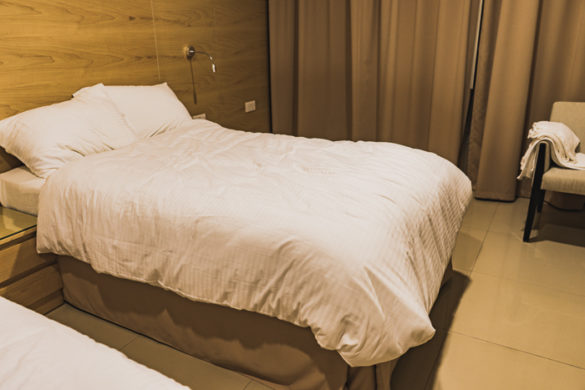 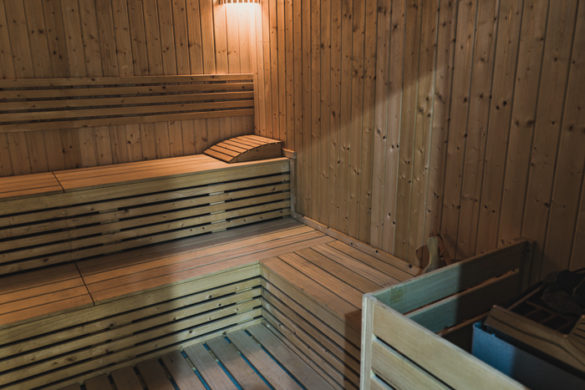 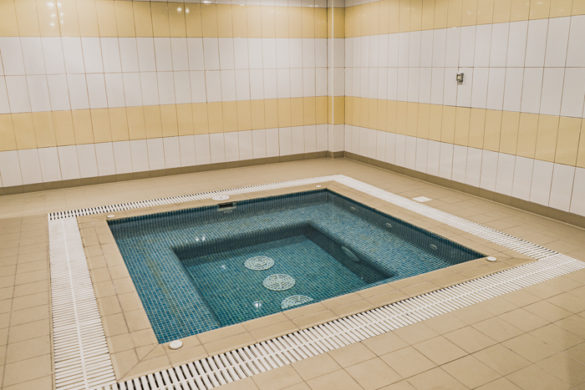 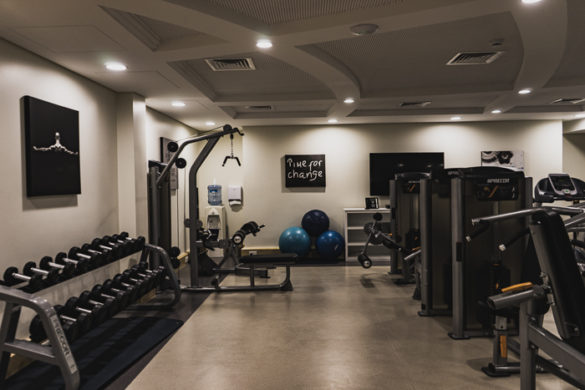 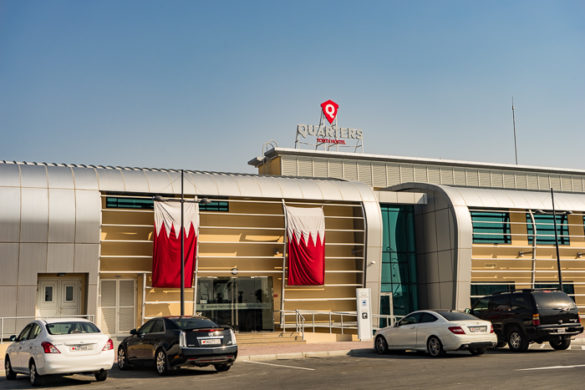 That hostel looks and sounds great, definitely a cut above! Loved your post.

It was a wonderful hostel! So luxurious that I felt like I was staying in a five-star hotel ?

Bahrain isn’t the first destination we think about when travelling to Middle East! But your article makes it interesting!

It was a nice place to visit 🙂 Not touristy at all like Dubai.

Fantastic photos! I love the gradient looking skies and how they interact with the landscape.

This is very interesting and informative. keep going…