Comoros is already a very remote place and an unusual travel destination most people have never even heard of, but if you’re looking for something even more remote, travel to Mohéli. When I was traveling in Grande Comore, I really wanted to see at least one more island as Comoros consists of three islands: Grande Comore, Mohéli, and Anjouan. I asked the locals for suggestions, and everyone was telling me to go to Mohéli instead of Anjouan. 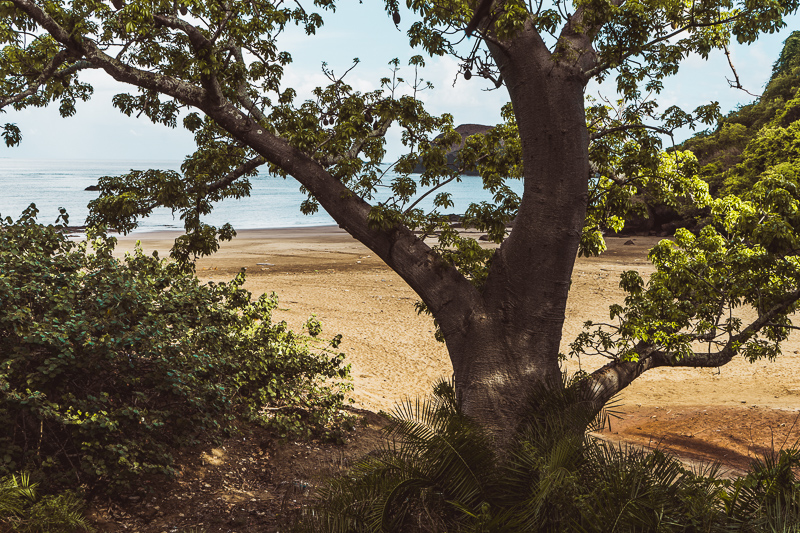 Mohéli is famous for its ecotourism and natural beauty, so it sounded like a great destination for me. At this point, I still didn’t know what I was getting myself into. Let’s start with the fact that getting to Mohéli is already very complicated. 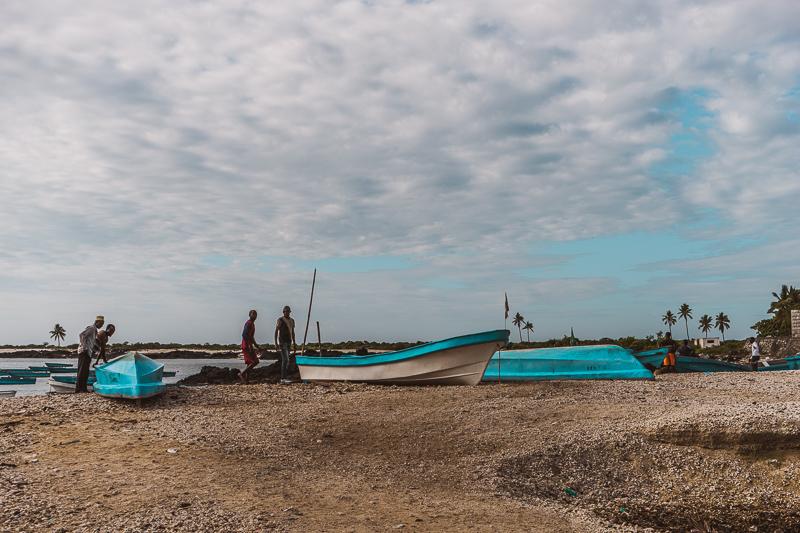 When I had decided to travel to Mohéli and started planning my trip there, I found out how complicated it actually is to get there. The people working at Jardin de la Paix told me that it’s impossible for me to take a boat there, and my only option was flying. Because of the safety issues, the government had denied foreign people to take the boat. As I told you earlier in this post, flying wasn’t an option, so I wanted to get opinions from other people. I was told that it’s fine, of course, you can take the boat.

I searched for information online and came up with Lonely Planet’s guidebook. This is what they had to say about the boats:

“Please note that the safety and quality of boats vary widely and some vessels are so shaky they are downright scary. Life jackets on any boat are a rare thing, and if the seas are too rough your driver will turn around. Try to see the vessel before you buy your ticket as some are true death-traps.”

But I quickly found out that almost everything Lonely Planet had to say about Comoros, was either outdated, not true at all, and the whole Comoros section was just written in a very negative tone.

The next morning I woke up at 5 a.m. to travel to Chindini, from where all of the boats leave. My new local friend Ridjal was so amazing that he insisted that he must come with me and help me to get to the boat. I was hesitant at first and wouldn’t want to bother him, but I’m forever thankful for him because I would have never done it without him!

So early in the morning, we took a taxi to Hotel Karthala, and then a minibus to Chindini. That’s when all the problems started. The people working on the boat told us that I needed to have some kind of permission to take the boat. So we took a taxi to a nearby village, Foumbouni, to get my permission there, just to find out that the permission place was closed. We found a police station and tried to ask there, but they couldn’t give me the permission. 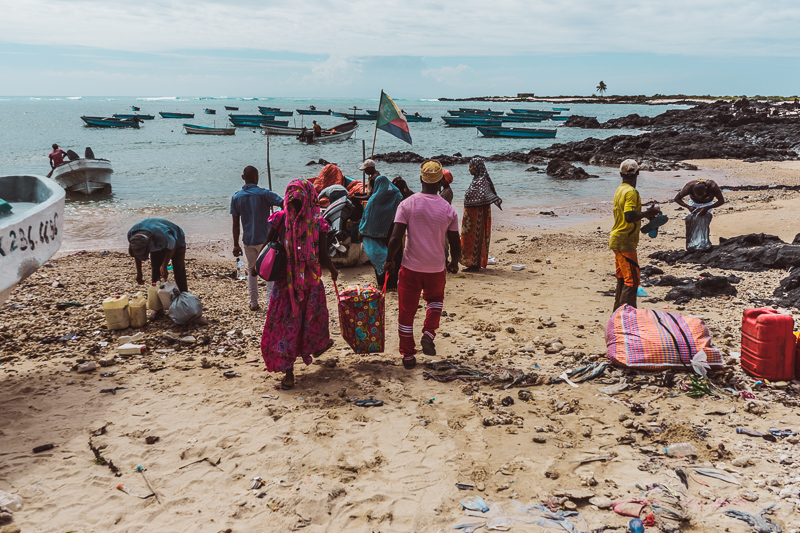 Then I don’t know what Ridjal did, but he spent the next half an hour on the phone calling everyone and finally he got me the permission! We headed back to Chindini to catch my boat. It still wasn’t so simple, and Ridjal had long conversations with the people working there. Apparently, I was supposed to pay 10€ for the permission, but somehow Ridjal spoke me out of this fee (I did, however, pay this fee when I was coming back from Mohéli).

The boat costs around 20€ (the flight, by the way, is 50€) one way. You have to show your passport to them, and they write down your information details. In case you die during the boat trip I think. Okay, just kidding. 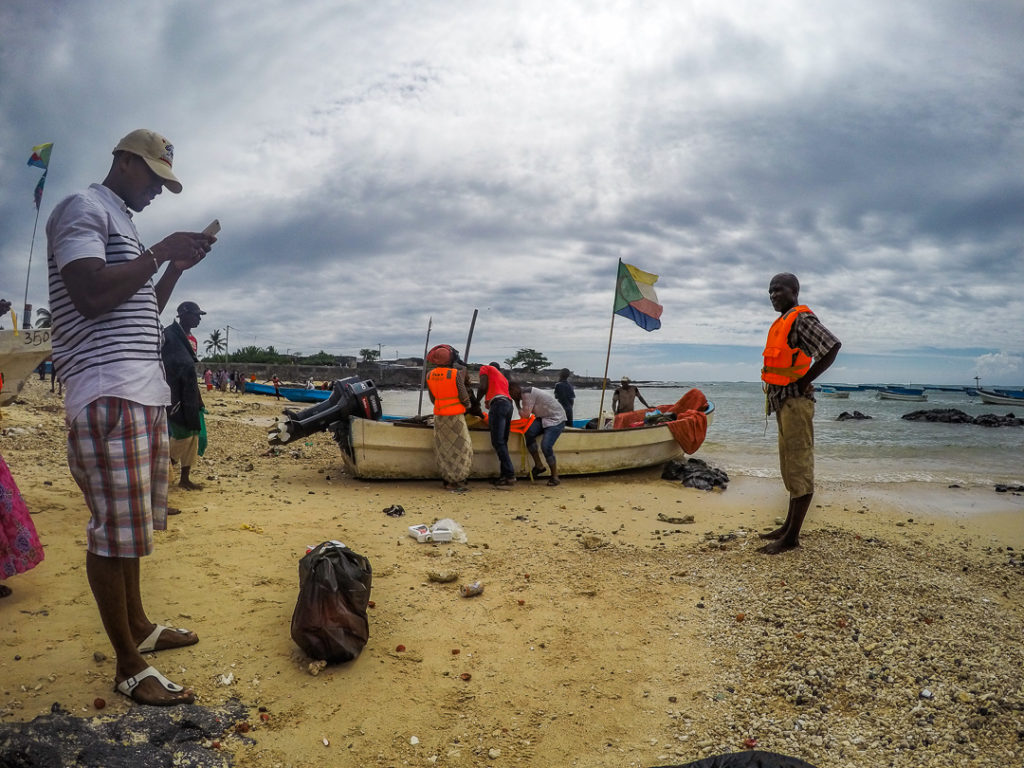 Yes, you can cross oceans with this boat!

Then it was time to get on to the boat or the death trap as Lonely Planet describes. The boat is basically just like an African minibus but a boat. By that I mean, a boat made for 15 people can easily fit in 30 people + live goats and chickens, and all the luggage. We were given life jackets at least! On my way to Mohéli, I had a chance to get a few GoPro pictures, as the sea was calm, and it was just smooth sailing all the way. On my way back, no way. There were bigger waves, and everyone was soaking wet after that. I couldn’t even open my eyes as they were hurting so much because of the salt water. 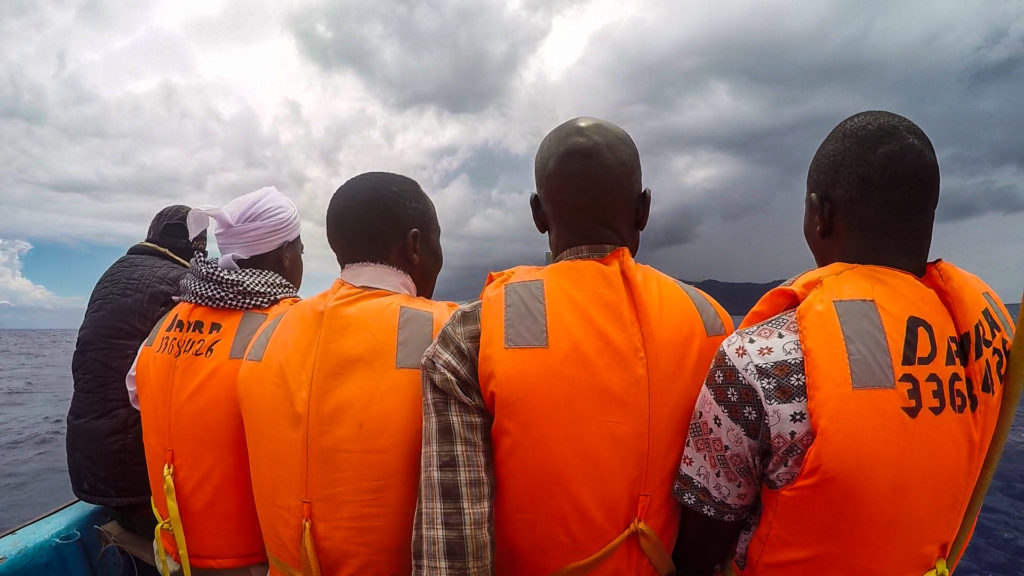 The trip took a couple of hours (no idea how many hours exactly because I had no chance to check the time), and it was pretty uncomfortable because all the passengers were squished in a narrow wooden seat and I was unable to move at all. On my way to Mohéli we saw some dolphins along the way, so at least there was something interesting to see. On my way back, as I said, I didn’t see anything except waves splashing my face. 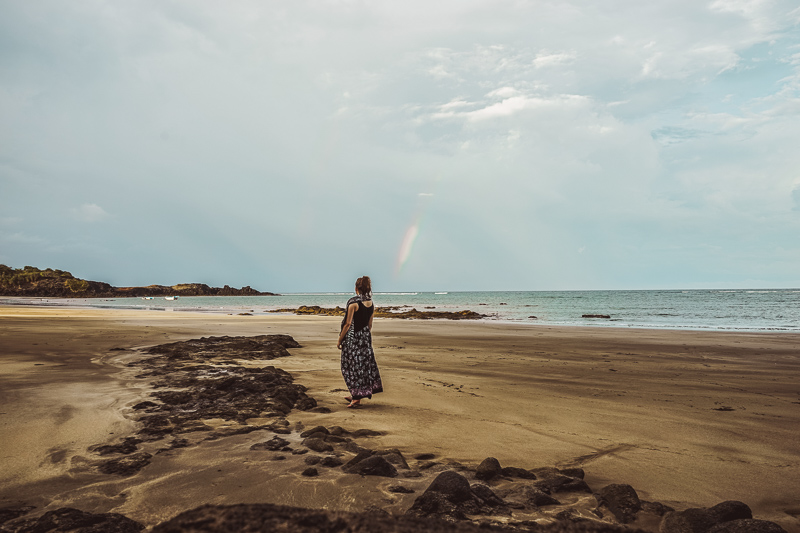 My friend Ridjal had called to one of his friends in Mohéli and arranged for him to pick me up. If you travel to Mohéli, I really recommend you to make some kind of arrangements to get someone to pick you up because there are no taxis or minibuses like in Grande Comore. There are some, but it’s challenging to find them because there are only a few, and the boat place is quite far away from the capital city of Mohéli, Fomboni. Also, most of the buses only leave early in the morning. 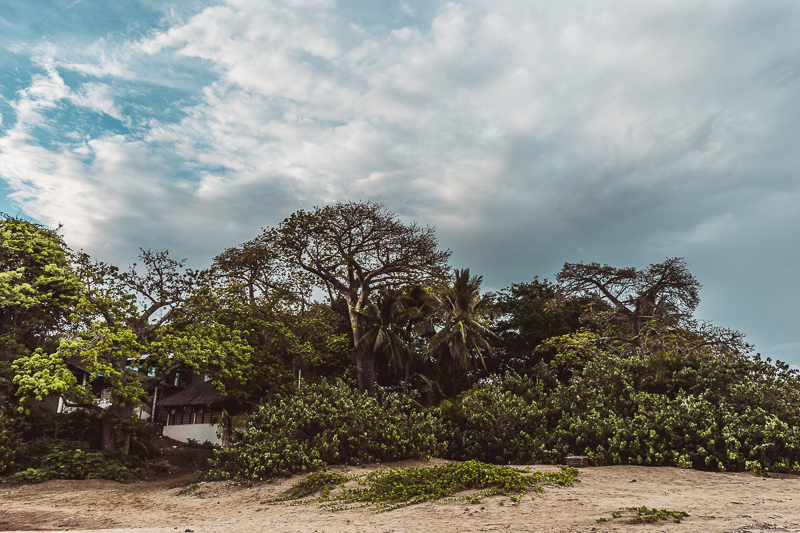 When it comes to accommodation, I had found this website which explains everything about Mohéli and things to see there. The European Union had helped Comoros to build community bungalows and educated the local people about ecotourism. However, I found out that it was outdated and the accommodation wasn’t what I was expecting. No one really knew about these community bungalows they were talking on the website, and it turned out that they were not really in use. When I arrived in the first one, we had to ask around to find someone who was working there, and finally, they found someone who had the keys, and a lady came there to clean the room for me. 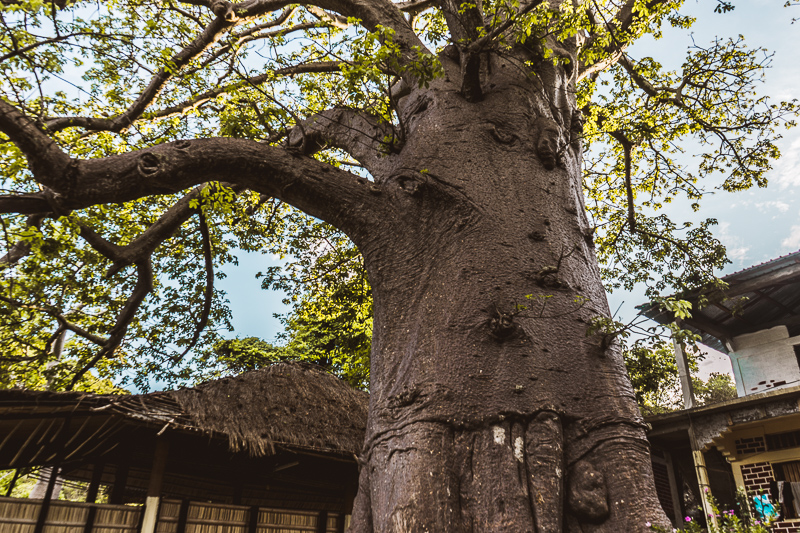 One reason I traveled to Mohéli was that according to the website, the accommodation was supposed to be cheaper than in Grande Comore. It turned out not to be true. I slept in some of the shittiest places I’ve ever stayed. There was no electricity, no running water, and I couldn’t lock the room. It was dark and depressing inside. There were lizards, spiders, and rats (the biggest I’ve ever seen in my life!) running around in my room, and the whole place was just messy and crappy. Not only the room but also the outside areas were not really taken care of. It was a bit hard to sleep when I knew there was a giant rat under my bed… And I paid almost 30€ for a room like this. There’s one more expensive hotel in Nioumachoua, Moheli Laka Lodge, but at the time I was traveling in Comoros, I heard that there was no one staying there and they were about to close it for the low season.

The Nature in Mohéli 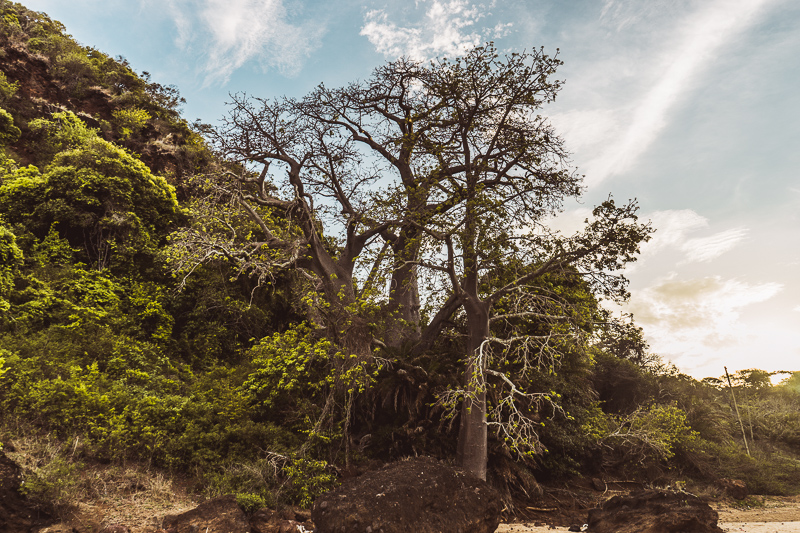 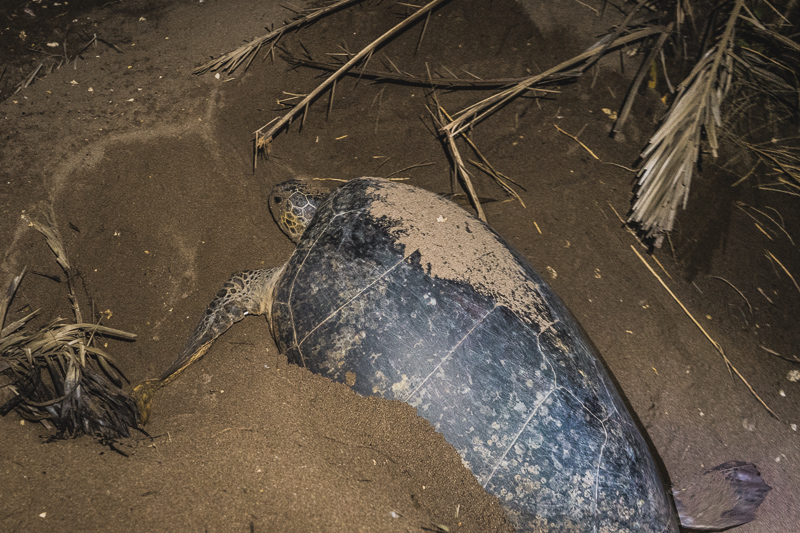 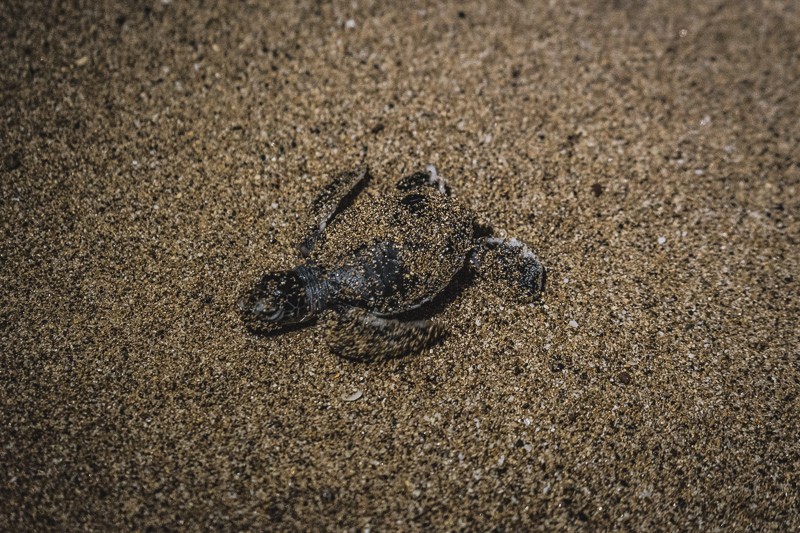 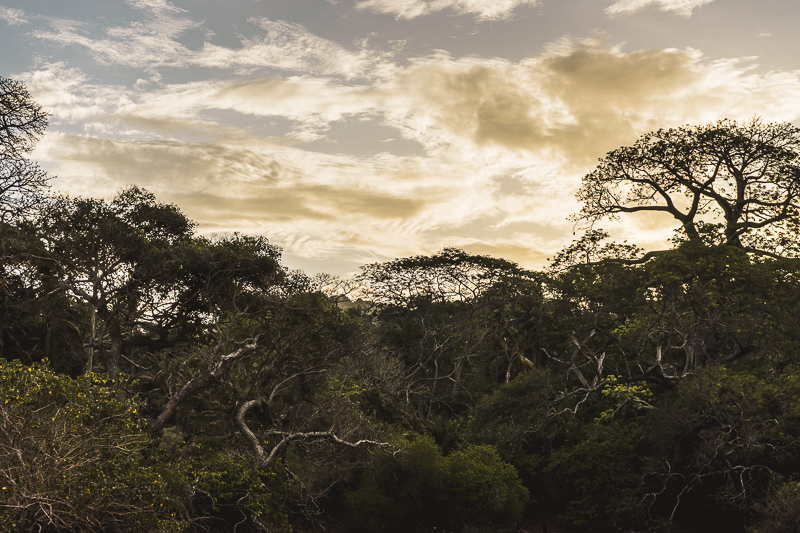 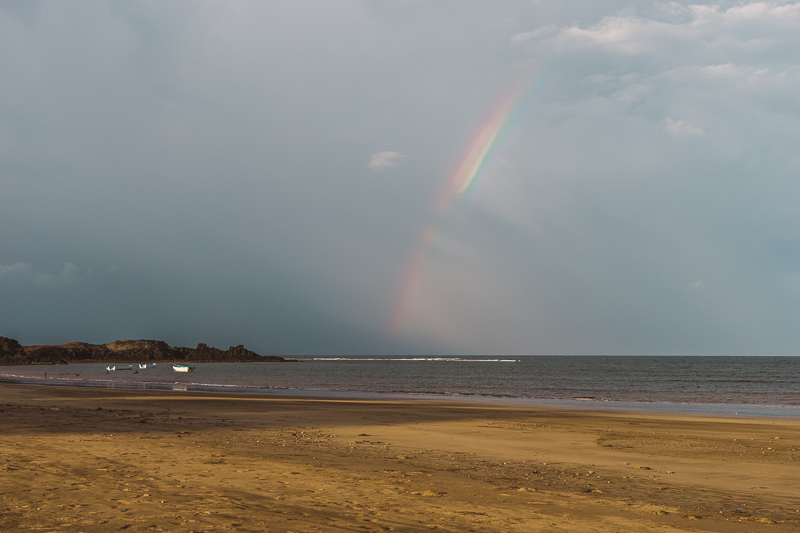 Staying in shitty rooms was awful, and the boat ride to get there exhausting, but it was worth it because the nature in Mohéli was very beautiful. You can see baobab trees, Livingstone bats (very rare, large bat), giant turtles laying eggs, baby turtles, giant crabs, and many beautiful beaches. So if you want to find about things to see in there, the website I provided is useful for that. But don’t trust it when it comes to the accommodation or prices.

Should You Travel to Comoros and Mohéli specifically? 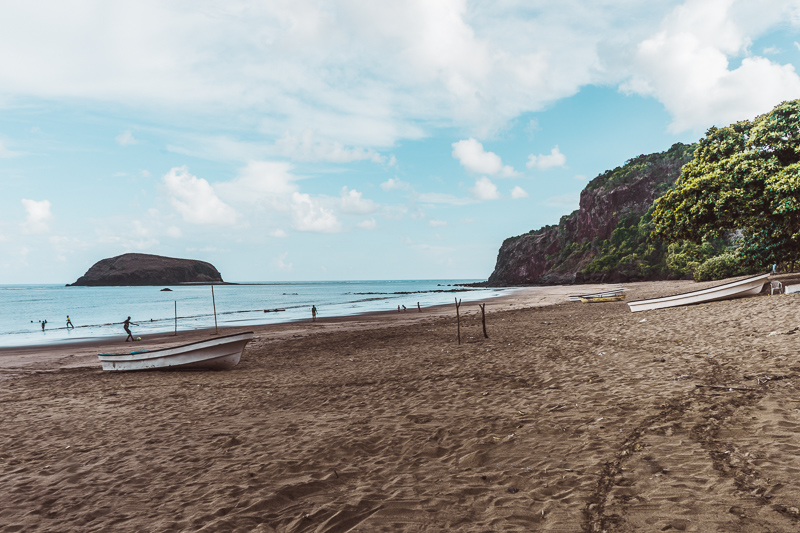 It’s a bit shame that the EU and the Comorian people put so much effort into building the community bungalows and the ecotourism project, and now there are no tourists at all. No one has taken care of the bungalows, and they are in terrible shape. In order to get more tourists and get them to tell wonderful things about Mohéli, they really should do something about the accommodation situation. But the number one thing should be making it easier for tourists to get to the island and travel around there. There should be frequent flights which are flying when they should be, and the boats should be easier to take as a tourist. 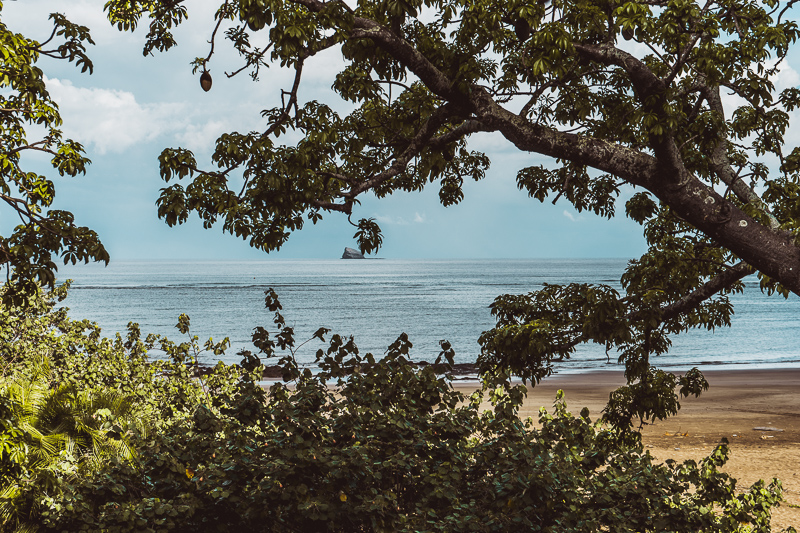 Mohéli (and Comoros in general) has so much potential to become a beautiful ecotourism destination, but they are just not there yet. I’m happy that I got to visit this place when there were no other tourists. Maybe the situation is different after 30 years, and the islands are full of big hotels. I’m not hoping that Comoros is going to become a new mass tourism destination, but getting some tourists into the country would help the economy as this is one of the poorest countries in the world. And I also think more people should see the beauty of this place, and experience the hospitality of Comorian people!

Also check out my other post: The Ultimate Guide to visiting Comoros! 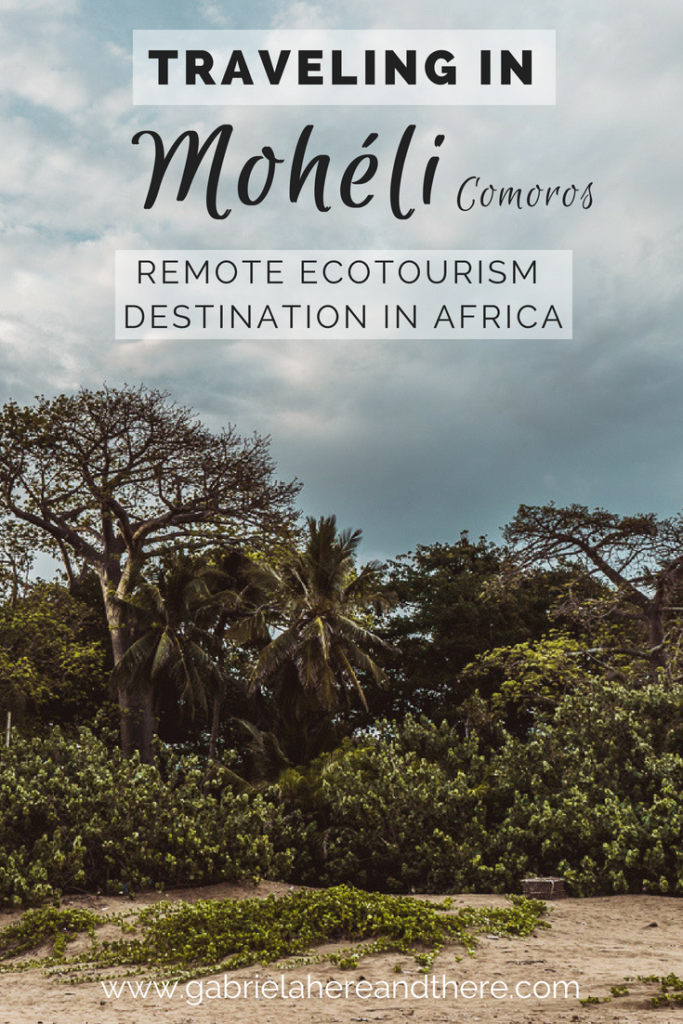 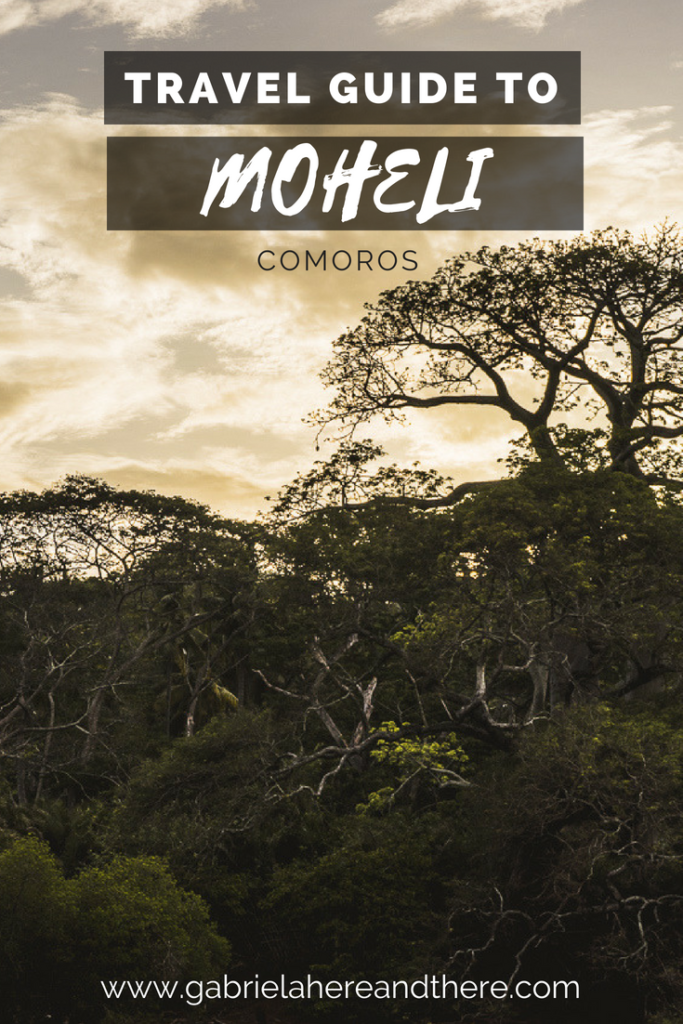 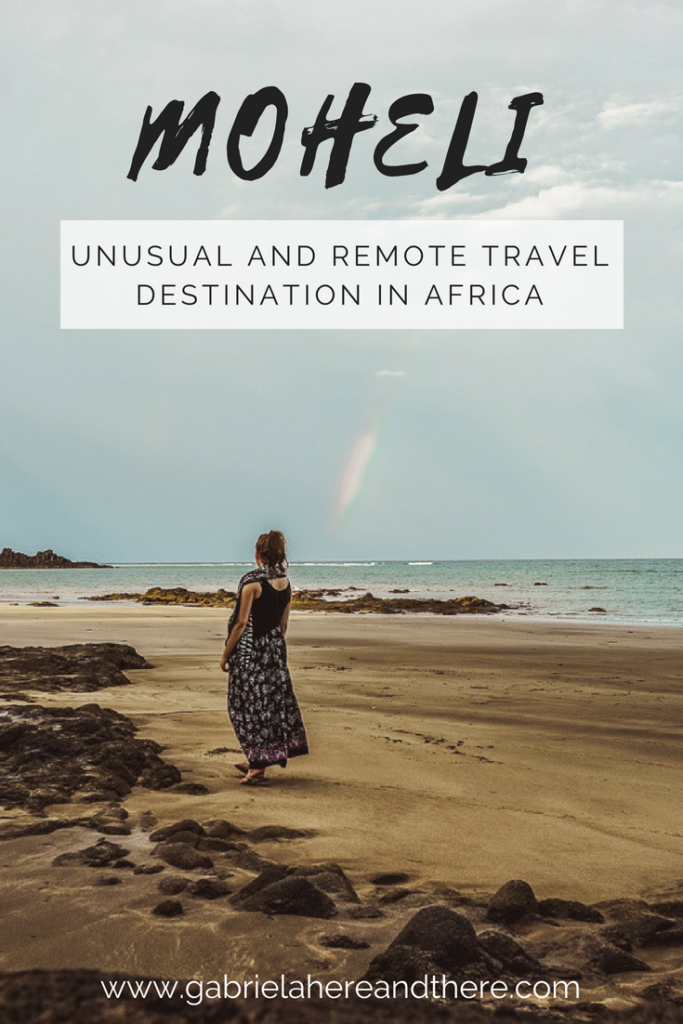 Plettenberg Bay – A Great Spot on the...

10 Pictures That Will Make You Want to...

Top 10 Things to Do in Kampala, Uganda

Great photos! Maybe one day it will reach its full potential as a tourist destination.

Yes, I really hope so!

This looks like a truly unique experience. I’ve been on some suspect boats in Indonesia – and ya you had life jackets!!! Not bad if you ask me 🙂

What a shame that this beautiful place isn’t being visited as much. Hopefully they will put more effort into getting the accommodation up to scratch and make it easier to get to. Seems like it is a hidden gem, you are so lucky to have experienced it (even if it was a bit too rustic).

Thanks for sharing. It’s very informative. Will get there one day!

Just as an update on boat travel to Moheli, maybe useful for future travelers. I went from Chindini end of June (2017). No laisser-passer was required from Chindini to Moheli, but I was asked for one when going back from Moheli to Chindini. In any case, it seems that enforcement of this policy changes frequently. Boats start leaving at around 9 am and still cost 20 Euro (10500 KMF). Chartering a boat for yourself should cost about 60 Euro, and is an option if you arrive at the beach later in the afternoon.
The hotel in Nioumachoua (Laka Lodge) is operating and not planning to close. They are currently working on getting a regular, more comfortable boat service from grand Comores to the hotel. It’s a nice hotel, but as you say more expensive (but fairly prices, if one takes into account the difficulties they have with the lack of any public infrastructure). The manager was very helpful in providing information and assistance on getting to Nioumachou.

Thanks for the update! 🙂

Hi! I’m Gabriela - adventurous solo female traveler, blogger, and photographer. I’m on a quest to visit every country in the world and have already seen over half of the world (100+ countries). In this blog, I share stories and photos of my adventures, destination guides, and vegan travel tips.